I had quite an eventful Saturday since I decided to venture outside of my apartment. New for me, I know. But, I met up with my friend Liz to shoot some fun photos for Valentine’s Day and it was a day filled with laughs. Plus, I still had more photos to take when I came home so it was quite a productive Saturday and by the end of the day, Eddie and I were falling asleep on the couch, exhausted from the day’s activities.

And on Sunday, I spent most of the day being a couch potato before cleaning my apartment. I skipped the apartment cleaning last weekend and I definitely regretted it. I’ve really started to see my weekly apartment clean as self care because I like the one to two hours of peace just organizing and cleaning everything and when I finish it makes me feel like I have my life together.

Anyways, I’m really excited about today’s post because it is in honor of The Lunar New Year or Tết in Vietnamese culture. This year it falls on Tuesday, February 5 and is celebrating the year of the pig. Tết is the most important holiday in Vietnamese culture and after being lucky enough to spend the holiday with my family in Vietnam a few years ago, is something that has become very special to me.

So today, I wanted to share 5 fun facts about my Vietnamese culture. 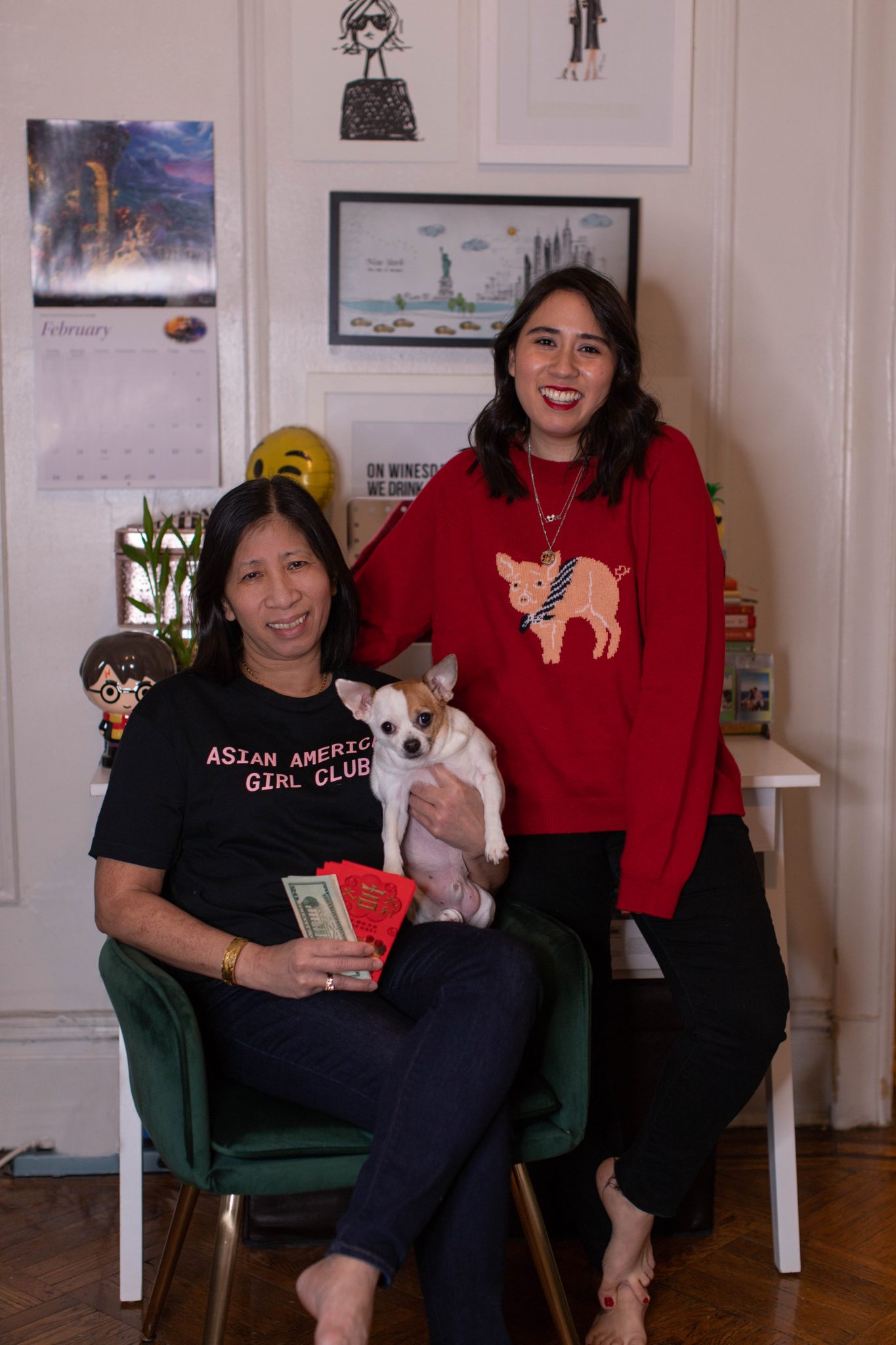 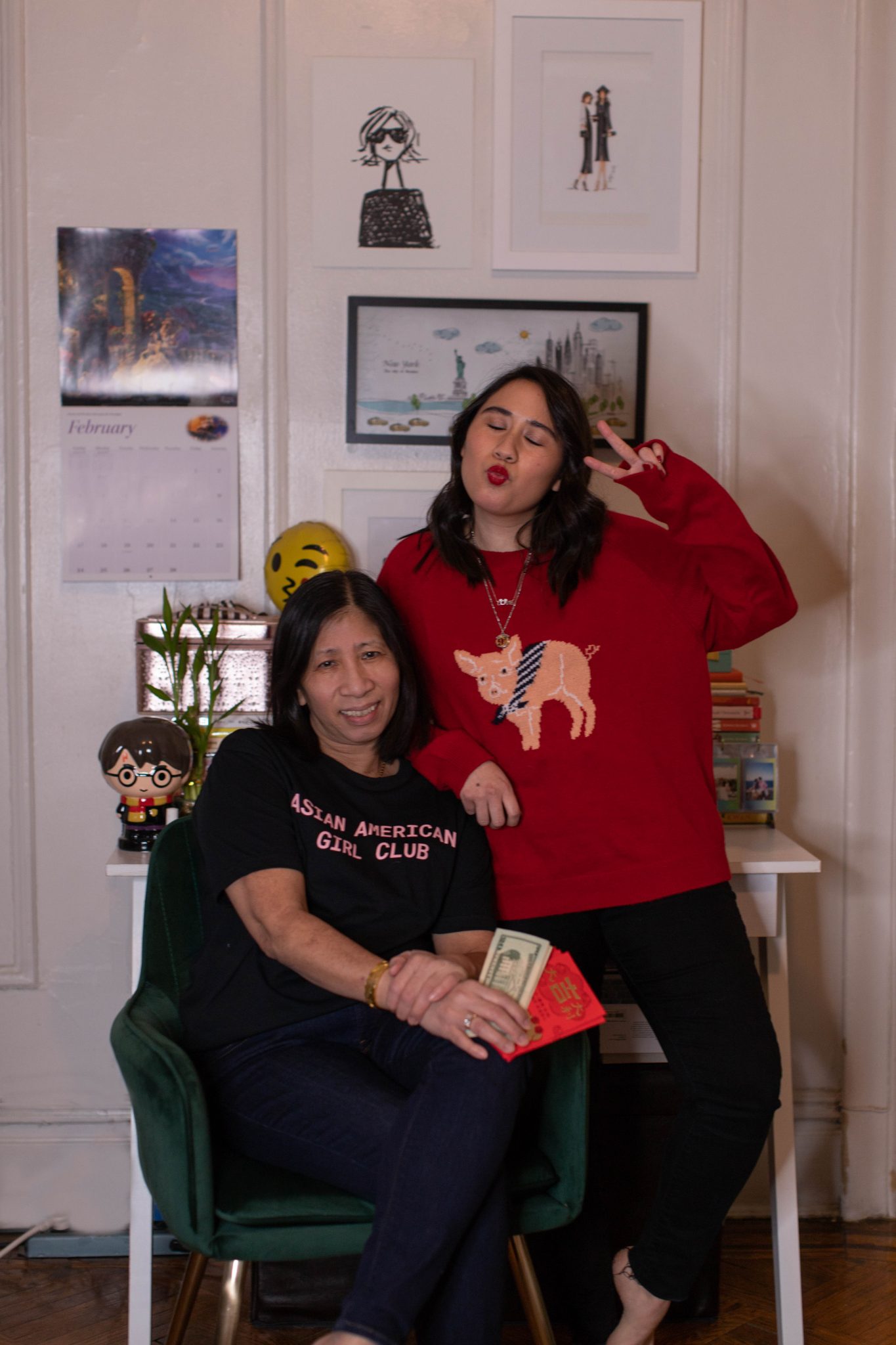 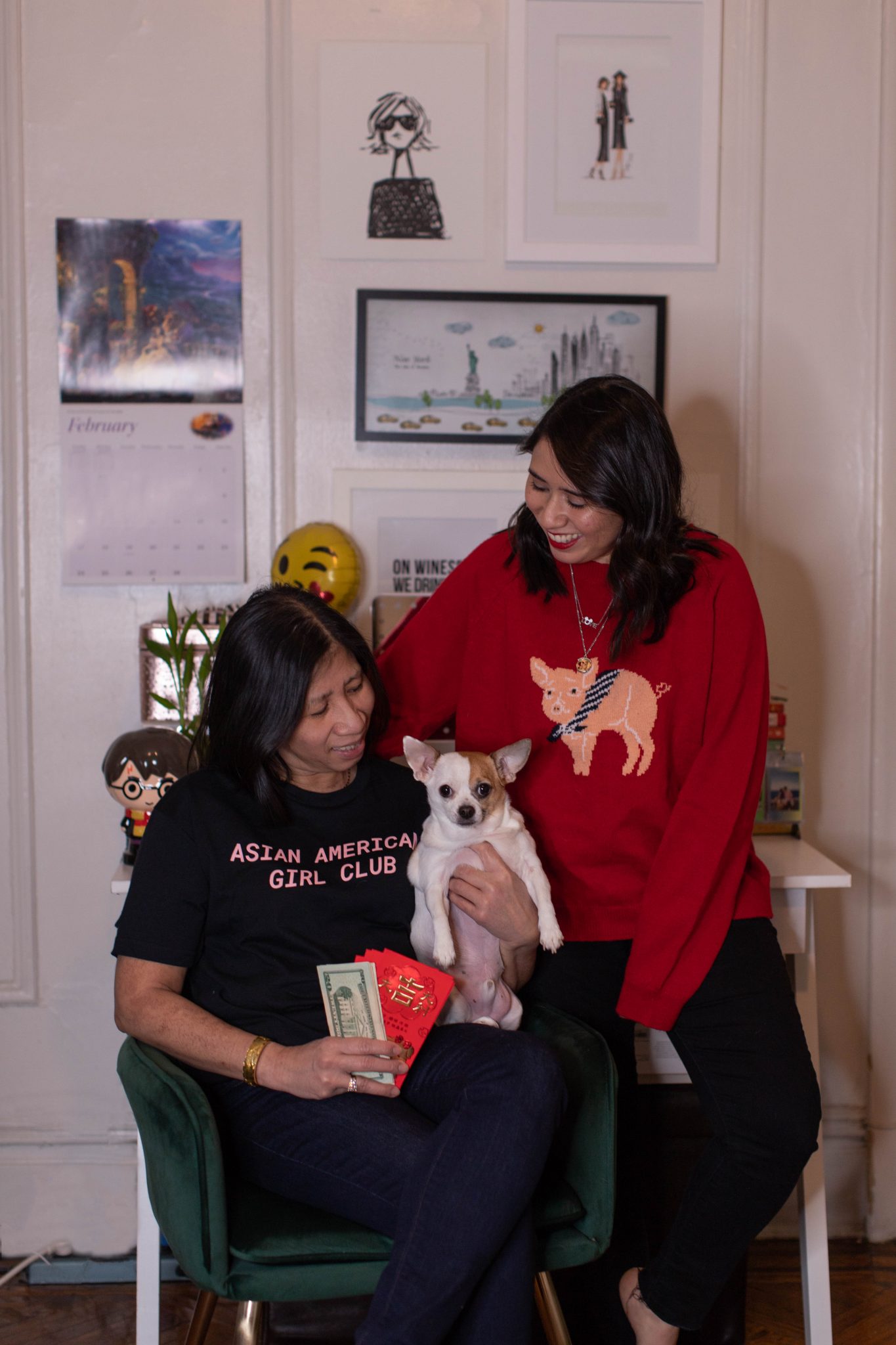 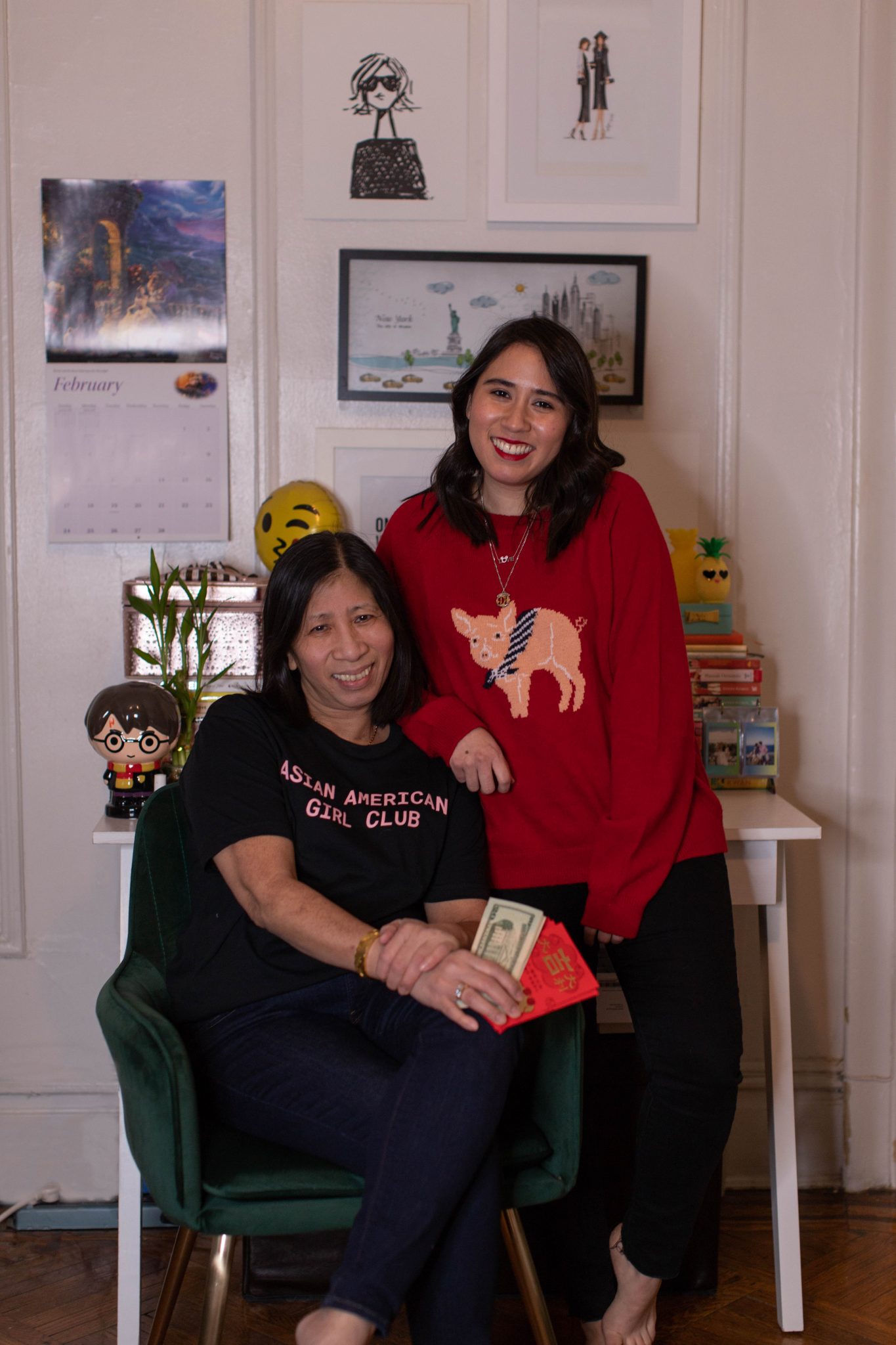 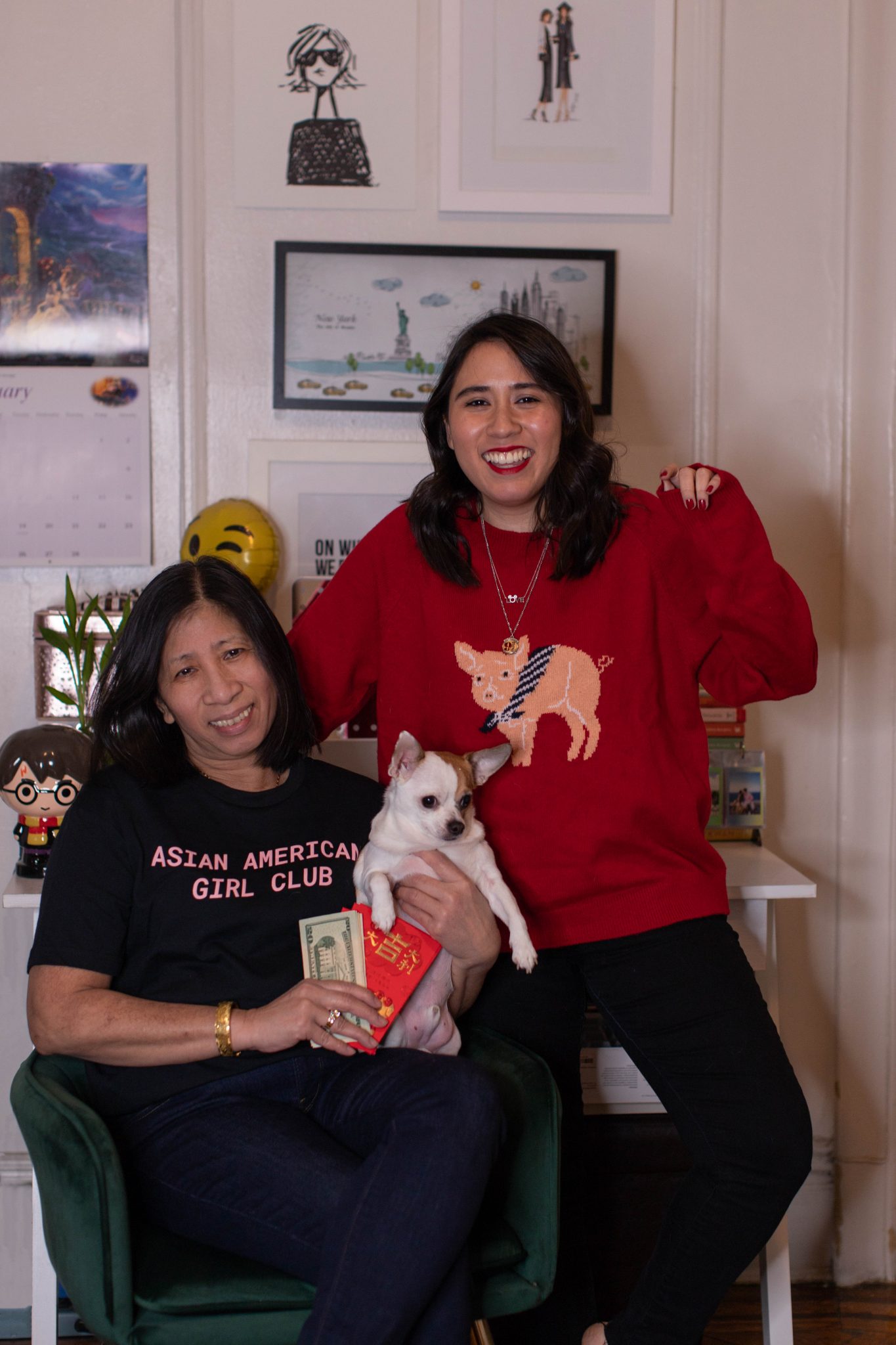 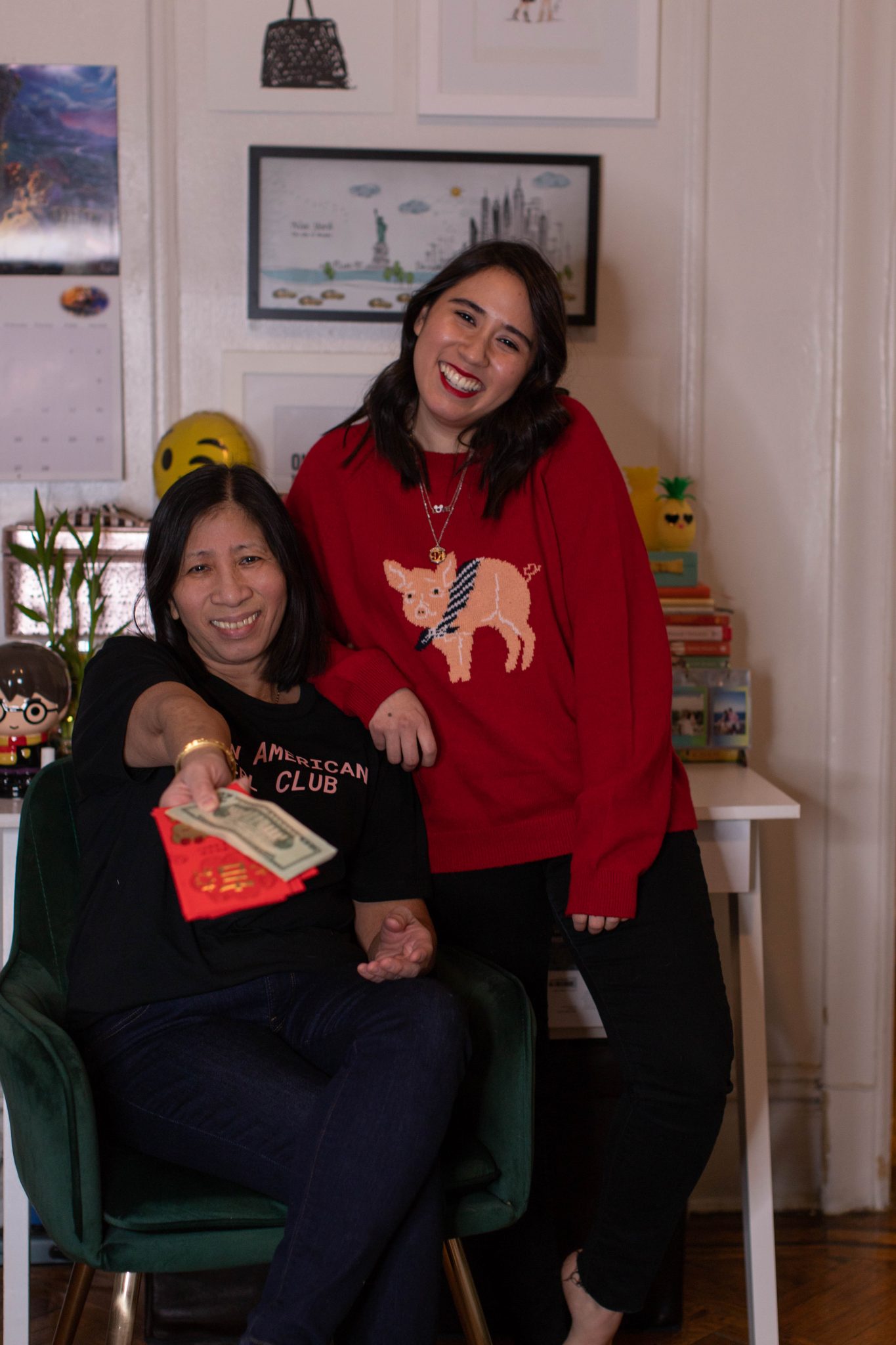 Mom’s Shirt. Mom’s Denim. My Sweater. My Pants. My Necklace.

The Most Popular Last Name Is Nguyen

Over 40% of the population have the last name Nguyen. My mom’s last name is Nguyen so growing up I was very aware of the last name and how common it was, but had no idea that it was THE most common last name in Vietnam.

The Most Common Mode Of Transportation Is The Motorbike

Only the very wealthy in Vietnam own a car so the main form of transportation is a motorbike. If you’ve ever seen videos or photos of a Vietnamese street, it can seem very overwhelming because there are motorbikes everywhere. Plus crossing the street is like playing a game of chicken because you’re just stopping and going and trying to avoid the motorbikes while they’re trying to avoid you!

Riding on the back of a motorbike is definitely one of the highlights of my Vietnamese vacation. There is truly nothing like it. Just being in the middle of it all and feeling the wind in your face and hair and seeing all the sights without being confined to a car is so amazing. It’s also incredible to see how they carry everything on the motorbike. Between groceries and larger items, they just balance it on their lap or in the front of the motorbike and carry on like it’s nothing!

Vietnam is the second largest coffee producer in the world. And its incredibly popular amongst the people and even seen as a social gathering opportunity, especially for the men. There are so many cafes in Vietnam. Seriously, there are entire blocks of just cafes that offer wifi and some even have hammocks for you to rest on. In the morning, most men will go to the cafe to drink coffee and socialize. Traditional Vietnamese coffee has condensed milk in it and can be enjoyed hot or cold.

The cuisine is also very important and most meals feature fresh ingredients purchased and cooked day of. One of the most well known and popular dishes is pho which is a soup containing rice noodles, a beef broth and some kind of meat. Rice is also the main feature of pretty much every meal. Growing up, rice was important in my household so it’s a mindset I grew up with so when people tell me they don’t have a rice cooker or don’t really eat rice, I am shocked!! And most Vietnamese food is grilled and contain a lot of veggies so it is seen as one of the healthiest cuisines in the world.

Vietnamese Culture Is A Melting Pot Of Many Different Cultures

If you look back at the history of Vietnam, the country spent many years under the control of China, Japan and France in addition to the long war with the United States. And because of that, the Vietnamese culture has a lot of different influences from all of these countries. Whether it be in food or values or a certain way of living, it really is a melting pot of all of these different cultures.

The Language Is So Hard To Learn

Believe me. I have been trying to learn my entire life and all I can do is count from 1 to 10 and say Happy New Year and thank you confidently. The language has different tones and changing the tone could mean saying something entirely different. I tried to learn from Rosetta Stone and got lost on chapter 1 when they were teaching the many different sounds “a” makes based on what the accent mark looks like. I genuinely did not get it!! You can have the same word, spelled the exact same way, but the accent marks are different and it could mean entirely different things. One day maybe I’ll finally figure it out, but my future of speaking fluent Vietnamese is not looking bright!!

Thank you so much for stopping by and reading!

I hope you enjoyed my 5 fun facts and if you have any questions about visiting Vietnam or the culture, feel free to reach out.

And wishing you all a Happy Lunar New Year and good health and prosperity in the year of the pig!

Loving this Vietnamese Culture feature? Take a look here for more of my Lifestyle favorites!!!