I have been back from Vietnam for about a week now and I still have no idea where I am, what day it is, what time is it, who I am and where I’ve been. I am all around confused. But, seriously, I’ve really been struggling getting back into my everyday routine. I’m still not on a great sleeping schedule, I’m all around exhausted and I’m still pretty sad and missing my family big time so please be patient with me, but there’s a lot of Vietnam blog content and video content coming when I can get a hold of my life.

So today, we’re taking it easy and I’m sharing a January Books Read & Review. January was a great reading month for me since I read a total of 4 books, all of which I actually really enjoyed so I’m excited to share them today! Plus, I have to say, as much as I love holding a physical book, reading on my iPad and phone really make it so much easier. 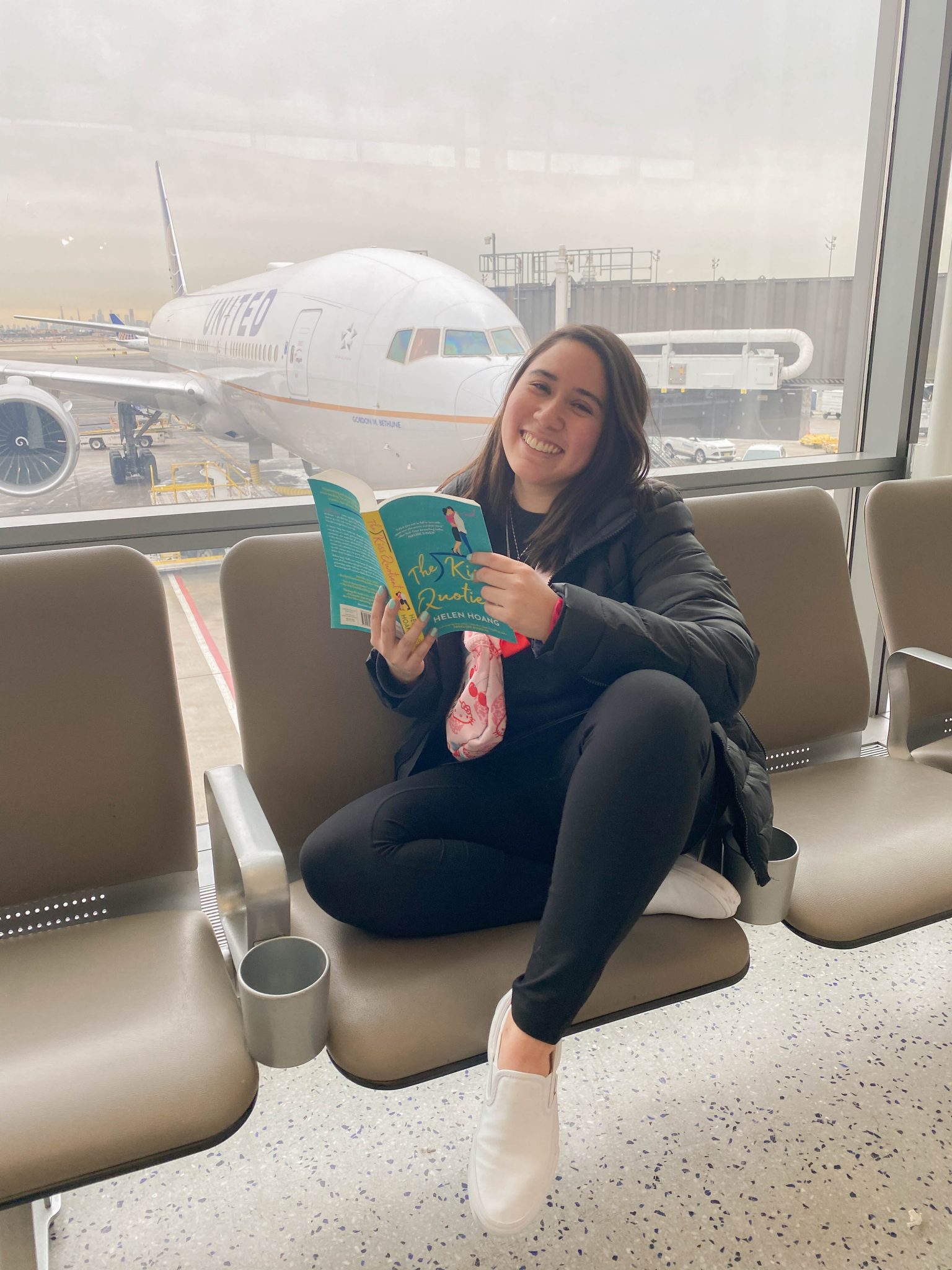 I fell in love with Dumplin’ the book and the movie last year so I decided to finally jump into Puddin’ and oh my god, I LOVED IT. To be honest, I think I loved it even more than the first book.

The story centers around two characters from Dumplin’, Millie Michalchuk, who placed as runner up in the Clover City beauty pageant and Callie Reyes who competed in the pageant and became friends with Ellen when her and Willowdean had a falling out. Essentially, the two girls are the most unlikely friends, but are brought together through a series of events and the story follows their unlikely friendship and how they each grow and change as people.

I really loved the story and the character development and I found myself cheering and becoming attached to both characters. It was just so good and so heartwarming.

SAVE THE DATE BY MONICA MURPHY

I really loved the idea and the summary of this book more than the actual book if I’m being honest.

Caroline works at a stationery store and she helps brides find their perfect save the date cards and invitations. During one meeting, she meets the worst bride of all time and worse, comes to realize that she knows the groom, Alex, who was her first kiss and childhood crush. When she discovers that his bride-to-be is cheating, she lets him know which leads to a series of events that include the bride going crazy on her, Caroline making new friends and growing closer to her girlfriends and possibly starting a new relationship with Alex.

I really liked the idea of this book, but just found it to fall a bit flat. I found the leading character to be kind of rude in some of her interactions with the other characters, especially her love interest. I’m a big romcom reader, it’s my favorite genre and I live for the flirty, witty banter between the two leading characters and I found that missing from this book. Plus, I found some parts to be rushed, especially the ending and I just wanted more out of it.

ONE OF US IS LYING BY KAREN M. MCMANUS

I’m not usually a mystery/thriller/suspense kind of gal even though this was pretty PG in terms of thriller/suspense, but I really wanted to read this after I saw my friend Emma share it and I like young adult stories.

Essentially, there are five students in detention, but only four make it out and when that student, who manages a popular gossip site that’s always right, passes away, it’s ruled as a murder and not an accident. The story then follows the four students in the coming week of coming to terms with the fact that they are murder suspects and trying to figure out who is guilty since they all have something to hide.

At first, I found it hard keeping track of whose who, but I think it’s because I was nervous to see how this book would play out since I’m a chicken and not familiar with this genre. But, I really enjoyed it. I enjoyed the character development and watching them grow as people and as friends. I found myself rooting for them and I found myself constantly second guessing myself. I kept saying “he’s guilty” or “no, she’s guilty” to “wait, I really don’t know.” But it was great and I was not disappointed and I can’t wait to read the second book in the series.

BRINGING DOWN THE DUKE BY EVIE DUNMORE

Oh my god, I LOVED THIS BOOK. I read this while I was in Vietnam and just could not put it down. Even at the dinner table, I kept sneaking my phone around to read it.

The story is based in England in 1879 and centers around Annabelle who pretty much has nothing, but is able to attend Oxford once they start accepting female students. She’s unmarried and unlike most girls and she is part of the suffragists movement. She has an unlikely run in with the most powerful duke in England, Sebastian and as luck would bring it, has an unlikely run in again with him, but at his estate. The story follows their relationship or lack thereof because of his title and her lack of status and their different political views and parties.

There was just something about this story and Evie Dunmore’s writing that drew you in and made you root for them the entire time. It was so freaking good and it was a classic romcom in some ways, but also so different in others in that the main character constantly fought against being a damsel in distress who needed saving.

I’ve been trying to read more this year and there are so many stories I want to read so when I finish one book, I move on to the next, but this one stayed with me and made it hard to move on because I wanted to read it again, it was that good in my book!

Thank you so much for stopping by & reading!

It’s Valentine’s week which you guys know I love, but my content is going to be a little different this year since I’m not that prepared and still mentally exhausted from my trip. I’m hoping to put up some guest posts this week AND hoping I finally recover from my travels.

Thank you for following along!

What are some of  your favorite January books that you read?  Let me know in a comment below!