I’m really excited about today’s post. It has to do with books, books and more books!!

I’ve loved to read as long as I can remember. When I was younger, my mom would always read to me before bed and I would then “read” to her on the train in our morning commute. I thought I was so smart until my mother told me I just memorized the story and gave her a loose summary rather than read it word by word. Whatever, I’m still smart.

I used to download books on my iPad like every other week, but last year I started buying physical copies of books again and honestly nothing beats having an actual book in hand. Or am I the only one? 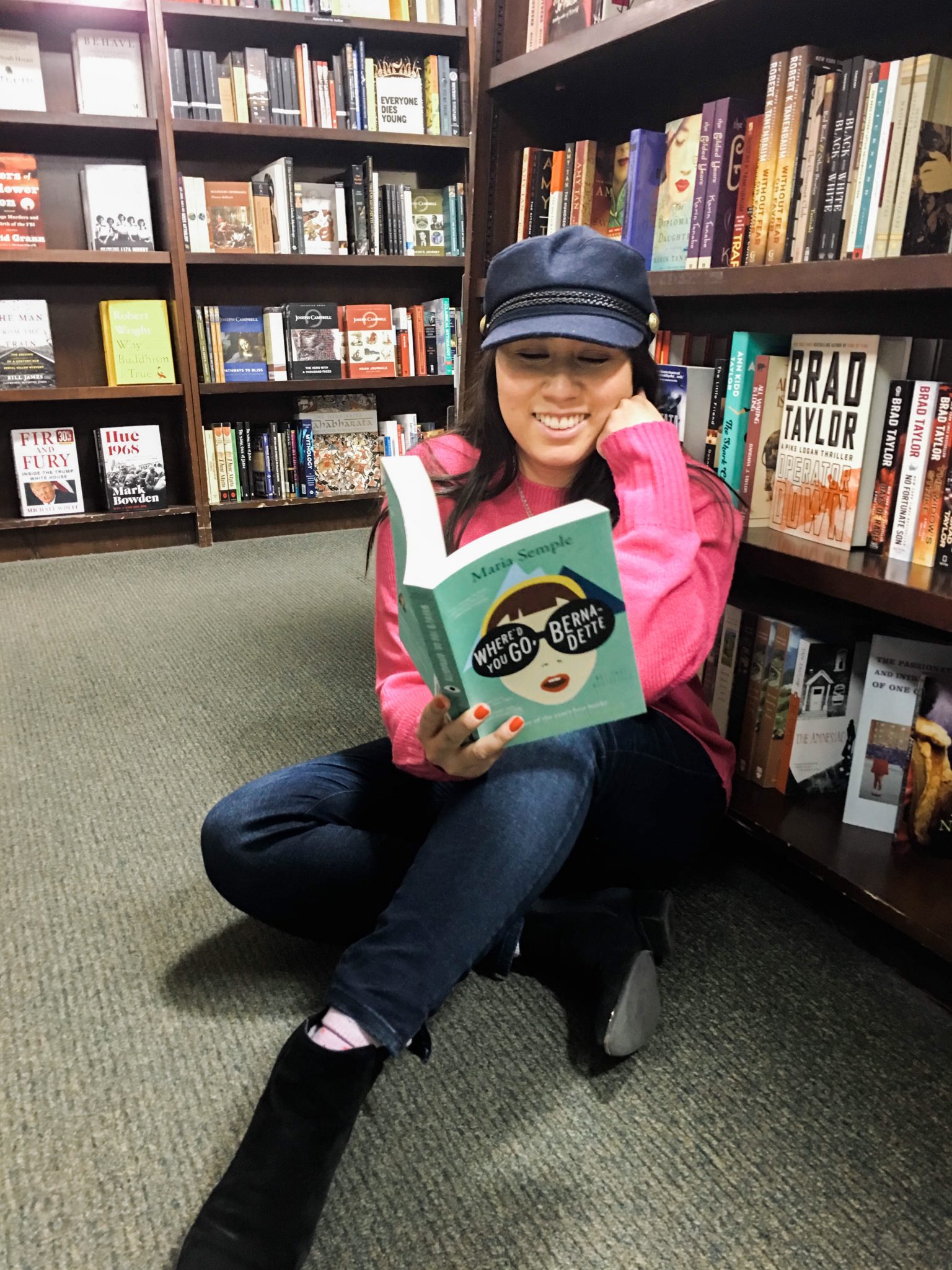 I’ve been reading a ton of books lately and I wanted to share what I’ve been reading and reviewing a few thoughts I had on each one. I would love to make this a consistent thing on the blog if you guys enjoy it. We could start a review crew if you will and it could be our own little book club!

Also, spoiler alert… the book in this photo is not part if this review since I’ve never read it although it’s on my list of ones I want to-read. I just couldn’t find Crazy Rich Asians in B&N when I was taking this pic….so there’s that!

A MONTHLY REVIEW OF MY LATEST FAVORITE BOOKS

Probably my favorite read of 2017.

There are three books in the series: Crazy Rich Asians, China Rich Girlfriend and Rich People Problems. I had read the first two earlier in the year and fell in love and flew through it and then anxiously waited for the last one to be released. I’m half Asian so I found most of the personalities and the overall book so relatable and hilarious at times. Of course, you don’t have to be Asian to appreciate the book, but I just wanted to call it out if you are because every time I would flip the page, I would be like “yep, sounds like my family.”

The story starts with Nicholas Young & Rachel Chu who are based in New York and have been dating for some time. He invites her back to his native country of Singapore for a summer where she finds out that he is uber rich and his family is pretty much crazy. You come to meet each of his family members and in addition to following Nicholas & Rachel’s story, you then follow everyone else’s story as well and see how they all play into one another. It was so beautifully written and amazing that I would totally reread it again because I loved it that much.

I heard they’re also coming out with a movie for the first book so I can’t wait to see that!

Another one of my all time favorite reads.

There are three books in this series. I’m not sure if there should have been more, but as of right now only three were released. I actually accidentally read the second book first because I didn’t realize it was a series. I picked this up when I started working at the Victoria’s Secret Corporate office. I had quit what should have been my dream job 3 months earlier and was just kind of feeling lost. The minute I picked this up and read the back, I knew I had to read it. The description on the back read ” Brooklyn Girls is the hilarious, inspiring Gemma Burgess series every twenty-something has been waiting for – because whatever you do, whatever mistakes you make, everything is going to be okay.” I mean if that’s not a pep talk, I don’t know what is.

The story is based in Brooklyn, in a town house with 5 roommates and each book tells their story, which is why I think there should be more than 3. But, it is so relatable and such a great read if you’re in your 20s. You follow each girl on their journey of trying to figure out what they want to do with their career, their love life, their roommate problems and how each experience was a lesson. I seriously fly through these books and I find myself never wanting to put it down. I’ve only read 2 out of the 3 so far but I can’t wait to pick up the next one.

THE NEST – BY CYNTHIA D’APRIX SWEENEY

I have a love/hate relationship with this book if I’m being honest.

I picked this up on a Target trip. Naturally I went in for a planner and left with 2 books, an ottoman, a calendar, a mug and some pizza rolls.

To try and sum it up, the books is about a family from Long Island who is really relying on “The Nest” which is a trust fund account they’ve been waiting to receive, but life happens along the way and things don’t go as planned. You meet all the siblings that are set to inherit the trustfund along with the people in their life and you learn all of their stories. Think Crazy Rich Asians vibe.

It is not written from one persons viewpoint, but instead it’s an all knowing author and it bounces back from perspective to perspective. It started off really strong, but there were some parts I struggled to get through. There is a lot of detail in there so that’s where they lost me. I usually listen to music on the train as I read, but I found that I really needed to focus with this book.

To be honest, the ending is what really disappointed me. I understand how the author wanted to close the book and I do see an ending per say, but it just left me wanting more. But, maybe that’s just me? Give it a read and let me know your thoughts because once I finished it, I was like maybe I’m missing something and I should appreciate this more than I do.

A CHARLOTTE HOLMES NOVEL: A STUDY IN CHARLOTTE  – BY BRITTANY CAVALLARO

This one is actually a young adult novel. I personally didn’t mind that, but wanted to call it out.

The story takes place in a boarding school where Charlotte Holmes & Jamie Watson bond over their family history which is how the original novels are tied into this book. There are a series of crimes that happen at their school that they are being framed for so they have to work together to solve the mystery. My little summary probably sounded so cheesy, but it was actually really interesting and I found myself constantly trying to figure out the mystery and taking guesses as to who did what. There were times I couldn’t put it down and it was really enjoyable.

It’s the first in the series and I believe there are two other books. I haven’t read them yet, but it’s for sure on my list!

I hope you guys enjoyed todays post! I was really excited to share and I really enjoyed writing it as well. Let me know any thoughts you have or if you decide to join the review crew and pick one of these books up!!

Have a great weekend and thank you so much for reading!