In true Linda fashion, it’s the middle of November and I’m still posting summer/vacation/Puerto Rico content. Ugh I know. But, I’m finally back with a new post and I spent my Sunday night planning out posts & Holiday posts for the coming weeks that I’m really excited about.

I’m not sure if you guys know or not, but I’m a HUGE Disney fan. I feel like I share it a bit on Instagram stories and everyone in my personal life knows that I’m obsessed, but I don’t think I’ve talked about it much on my blog. But, I’m obsessed with everything Disney. I frequently brave Times Square in NYC just to go to the Disney store, I’m always watching Disney vlogs of people going to Disney World, half of my wardrobe is Disney related and I’m always in the mood to watch a Disney movie or show.

And speaking of Disney movies, it just got a whole lot easier watching my favorites. Unless you’ve been living under a rock, you know that Disney+ launched last week and it’s all I’ve been talking about and using since it launched. There’s so much on there from the classic Disney movies, Disney Channel original movies and shows and even a majority of the Marvel movies. To be quite honest, I’ve been so overwhelmed by the selection that some nights I just scroll through because I’m not sure what to watch! So today, I wanted to share my top ten picks on the best things to watch on Disney+, and let me tell you, narrowing down my favorites seriously stressed me out!! 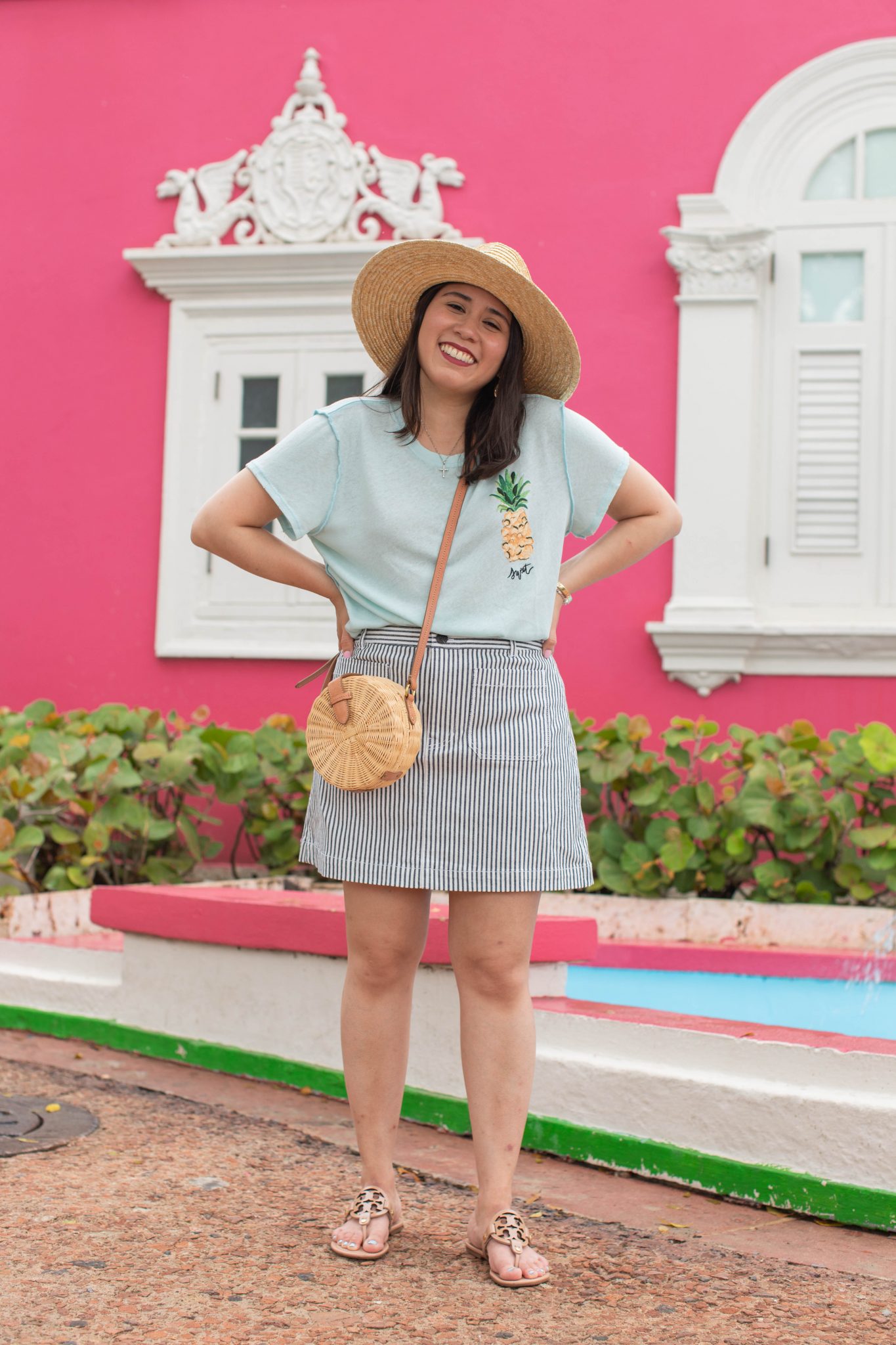 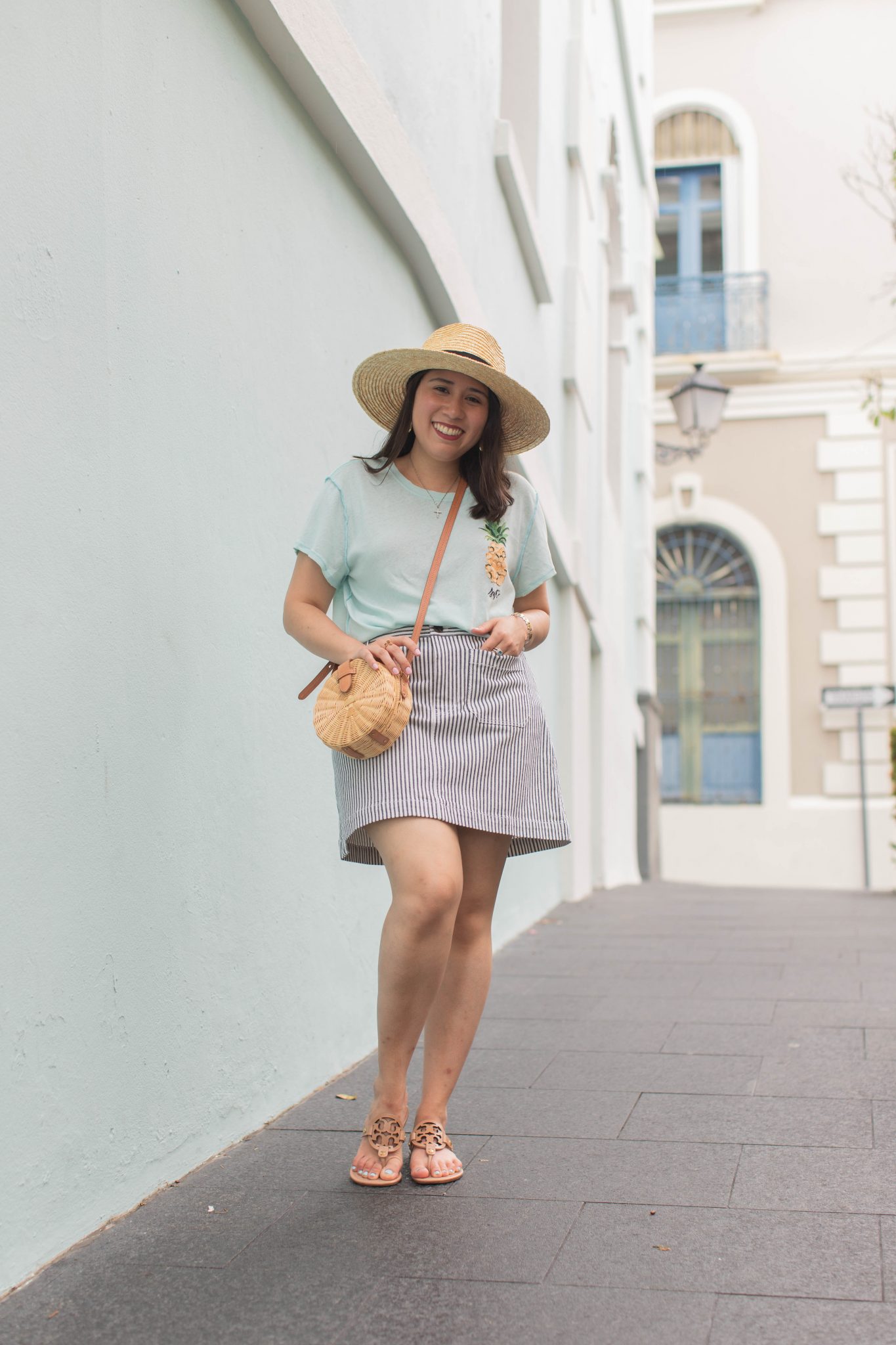 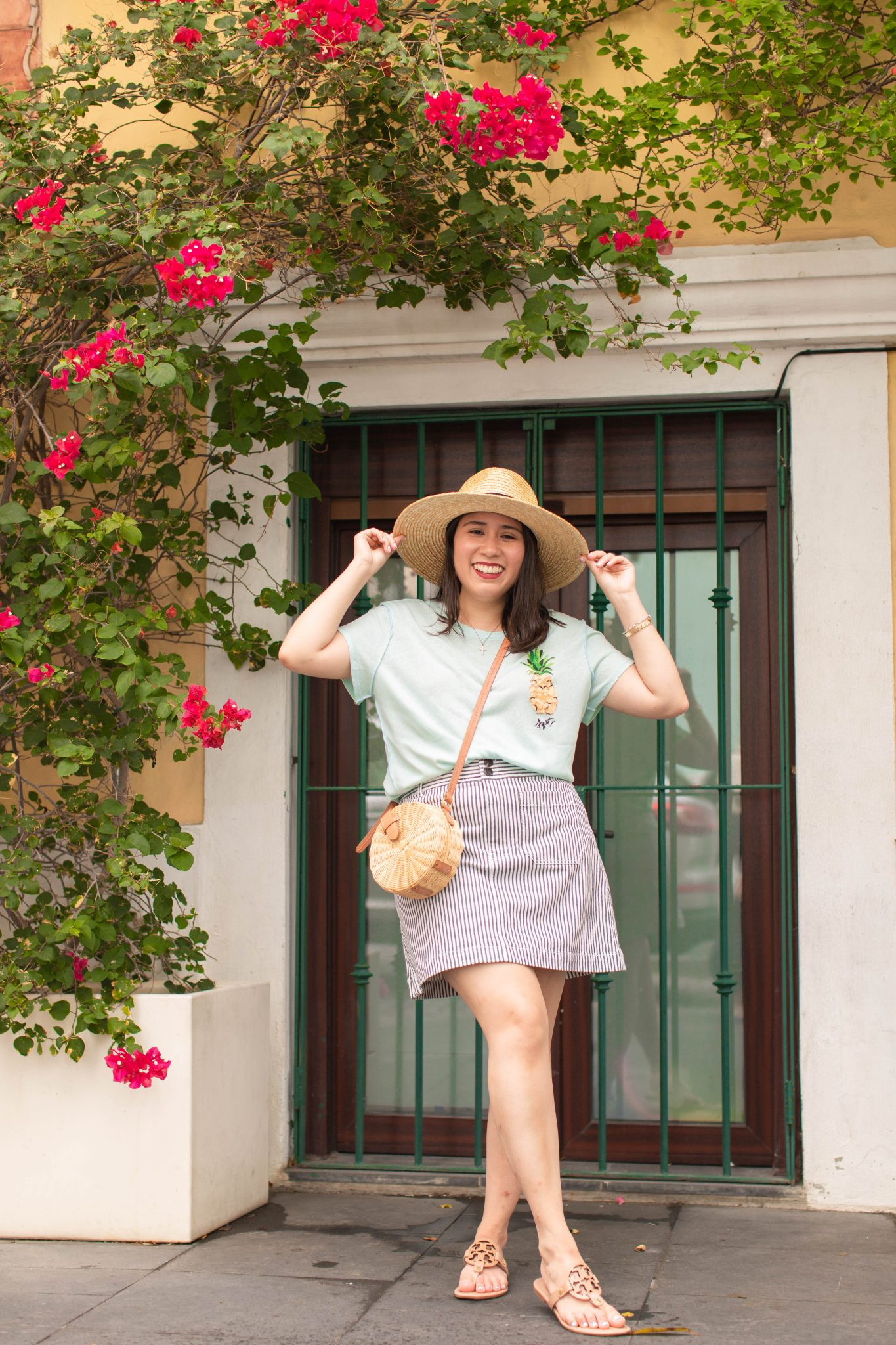 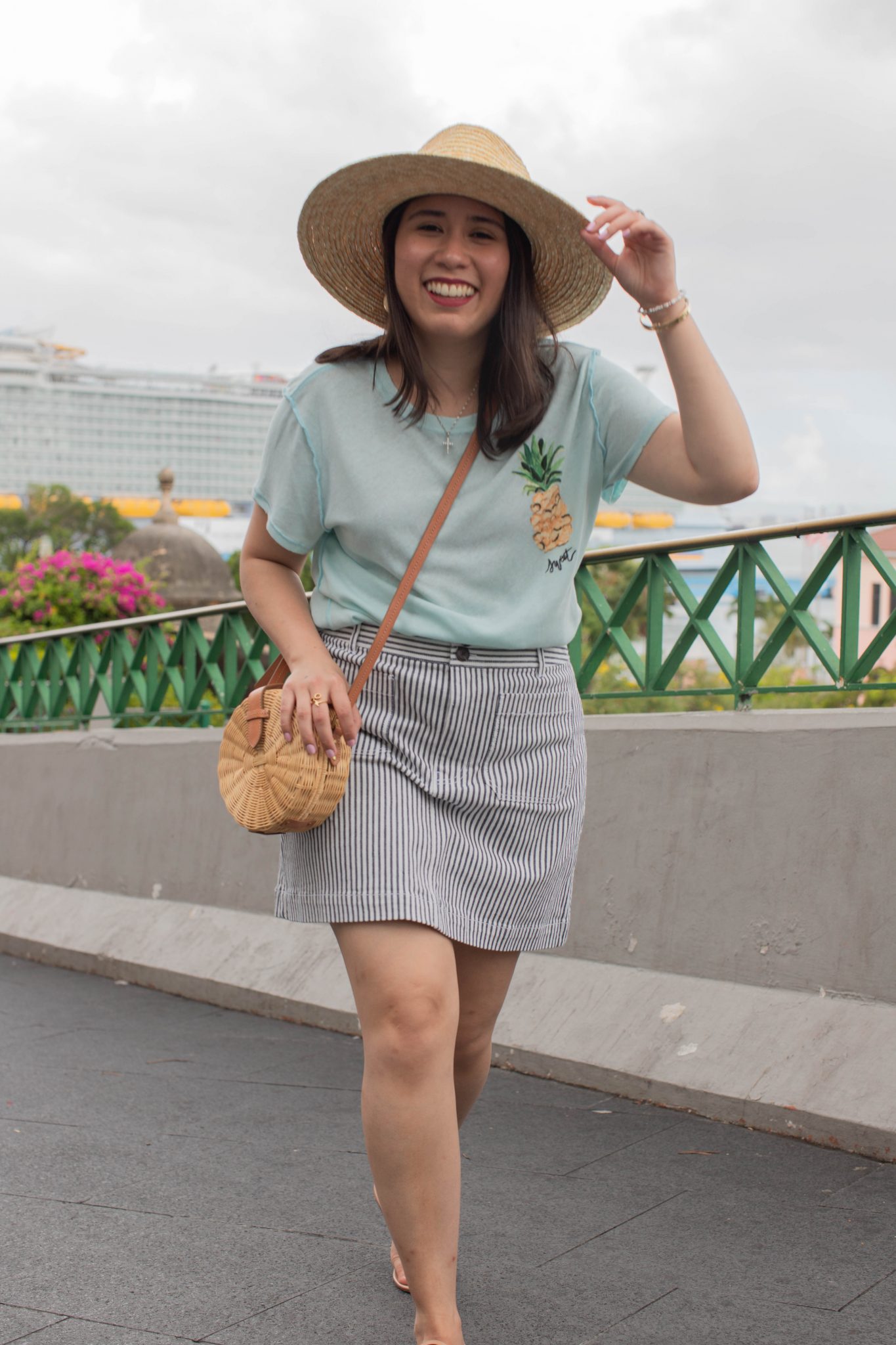 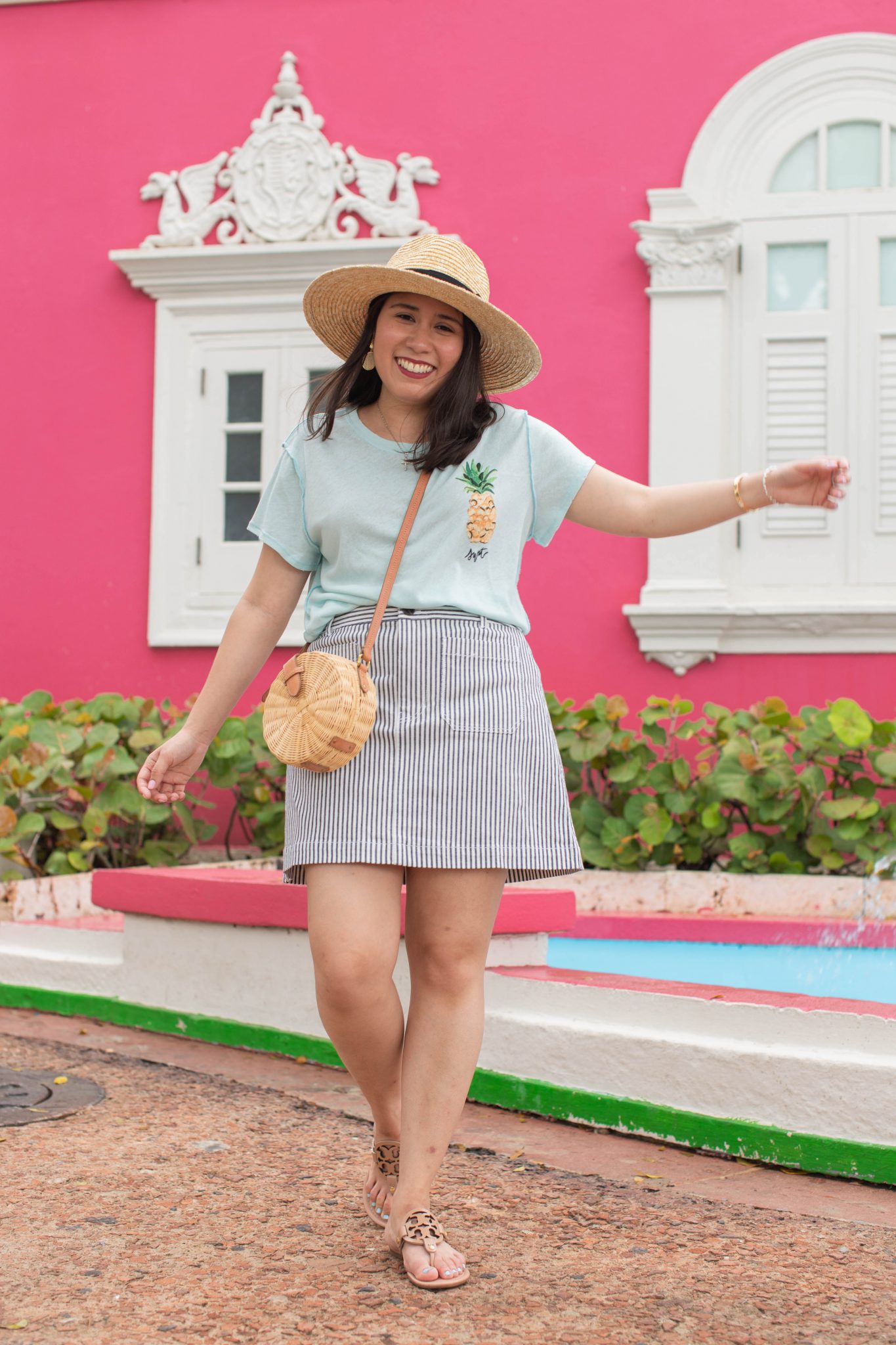 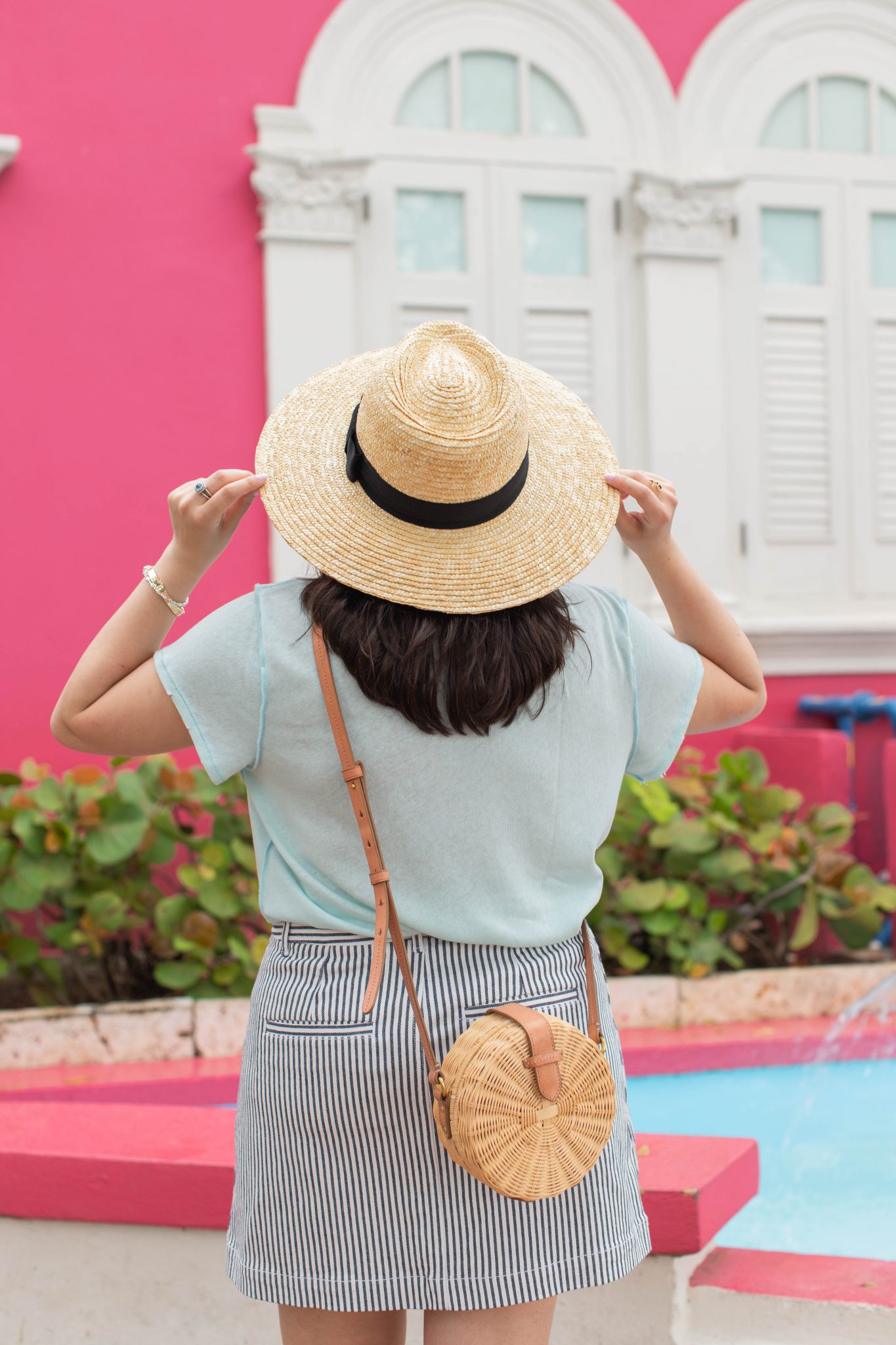 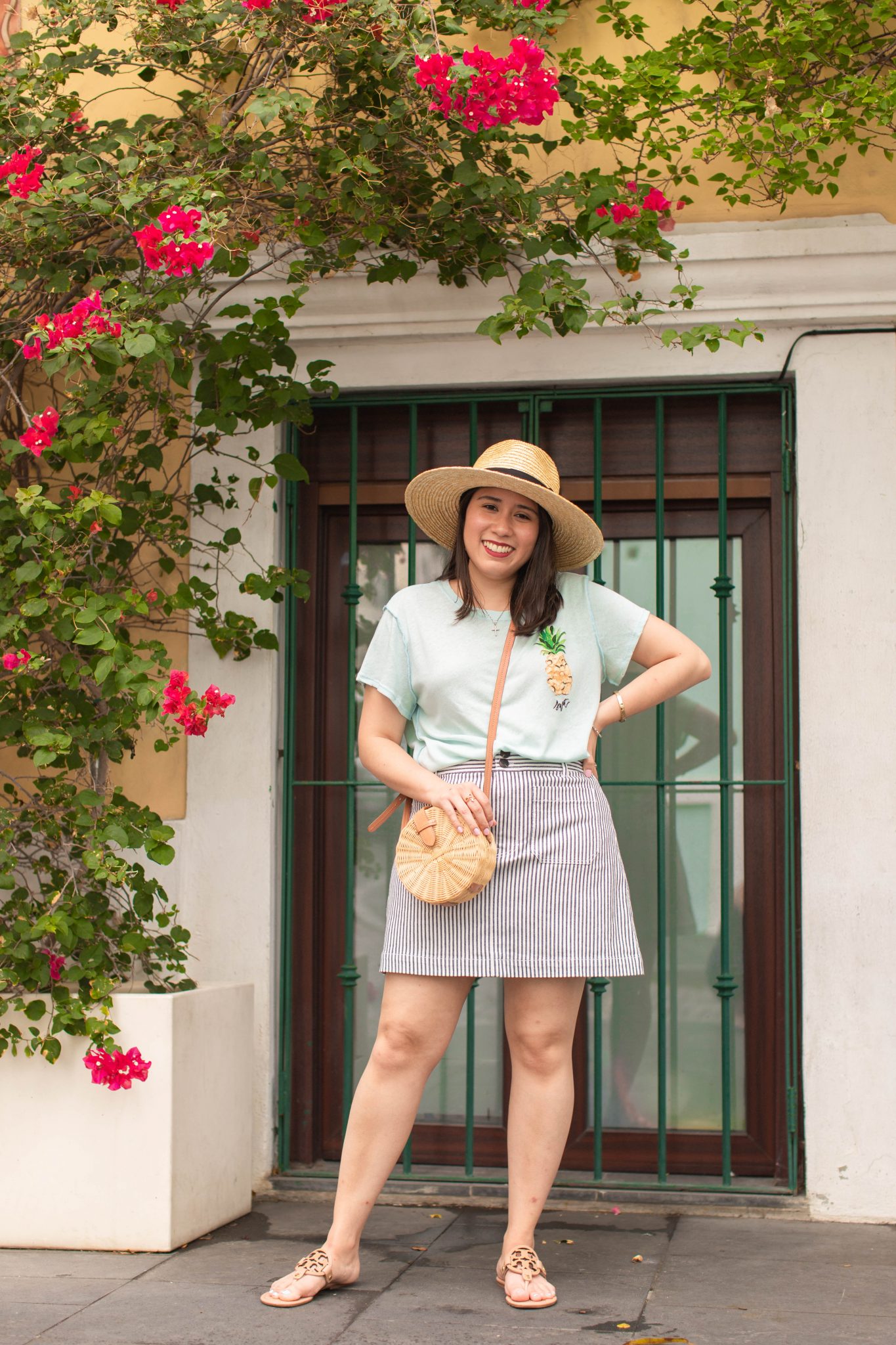 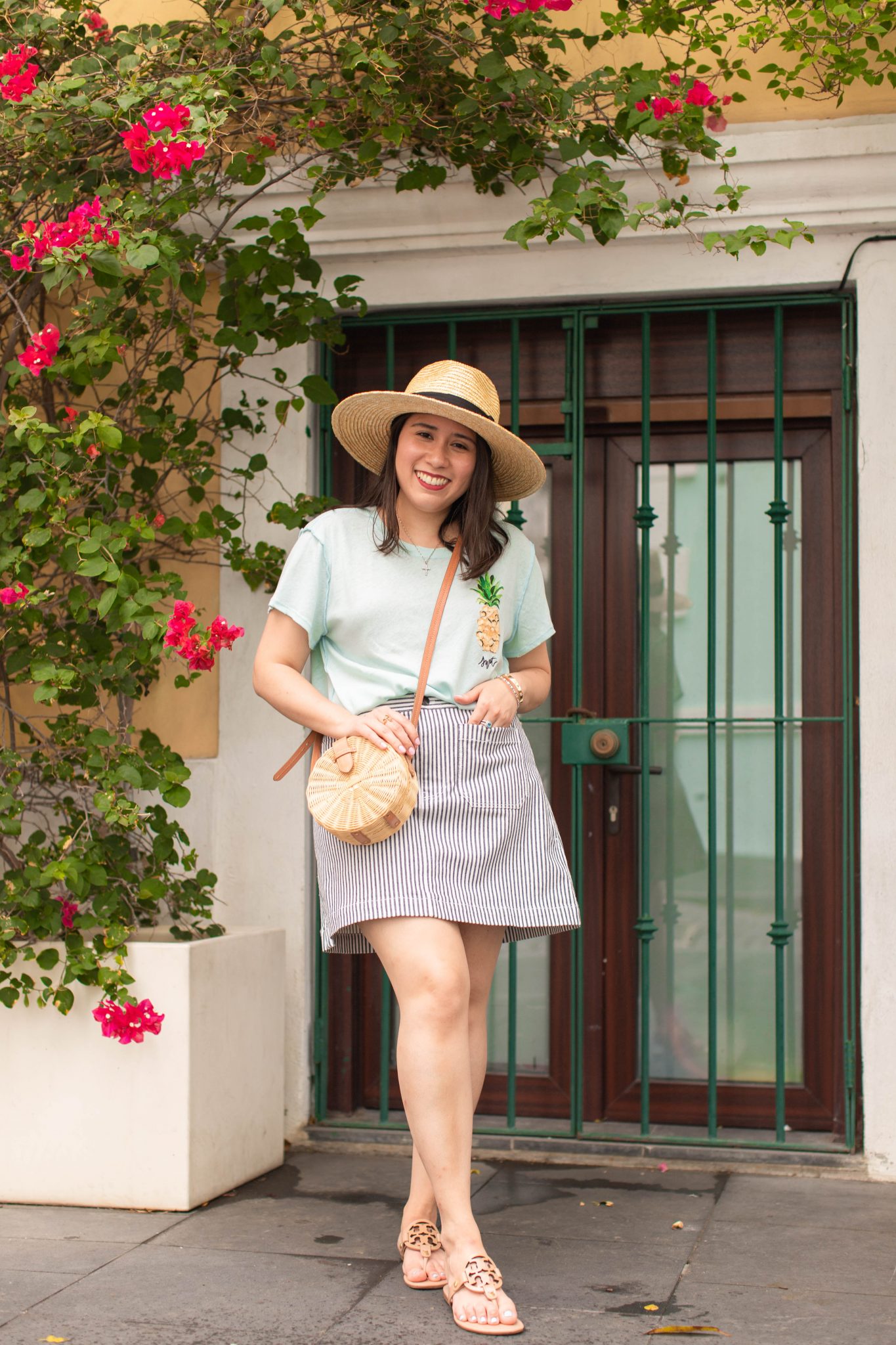 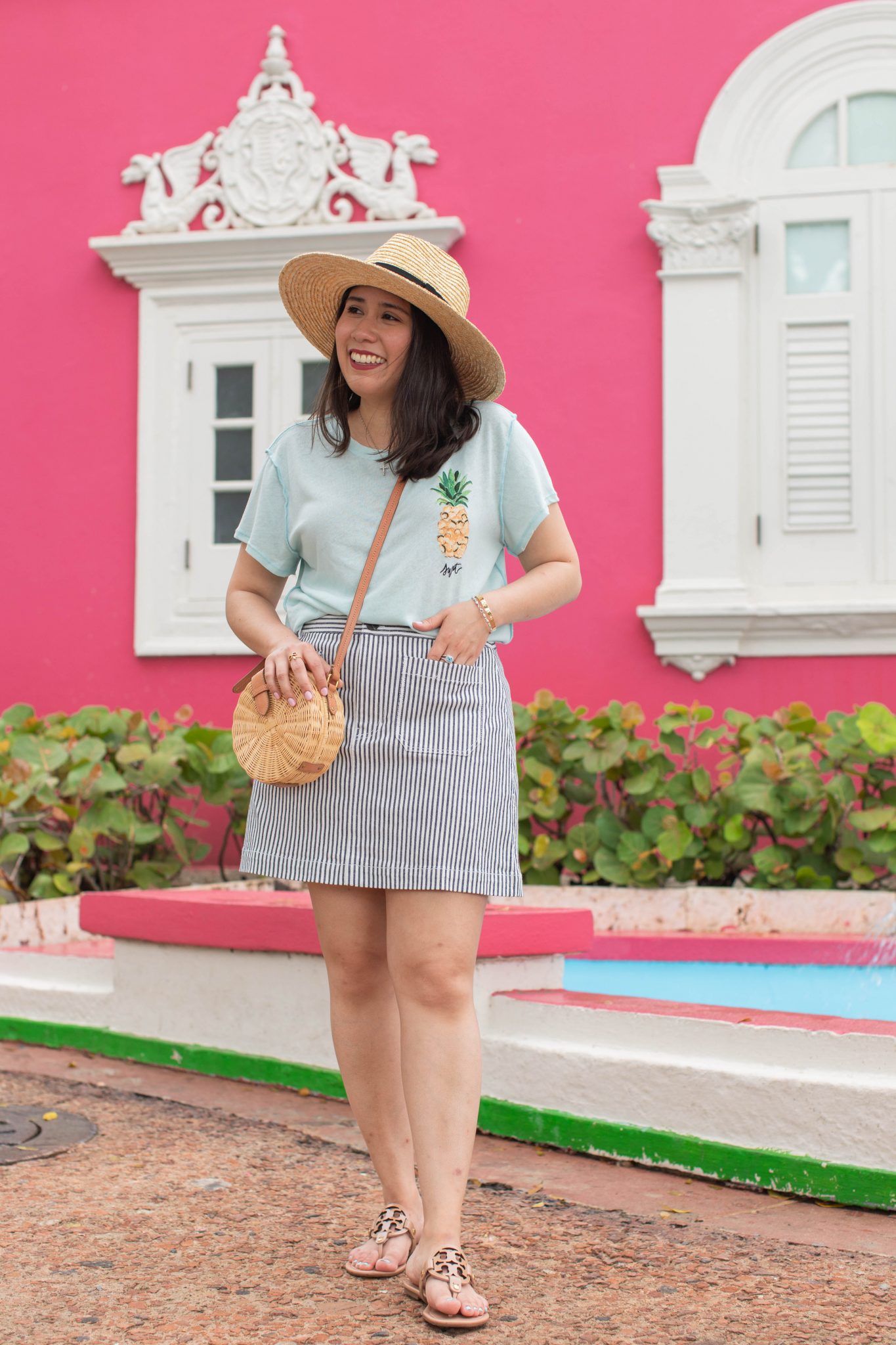 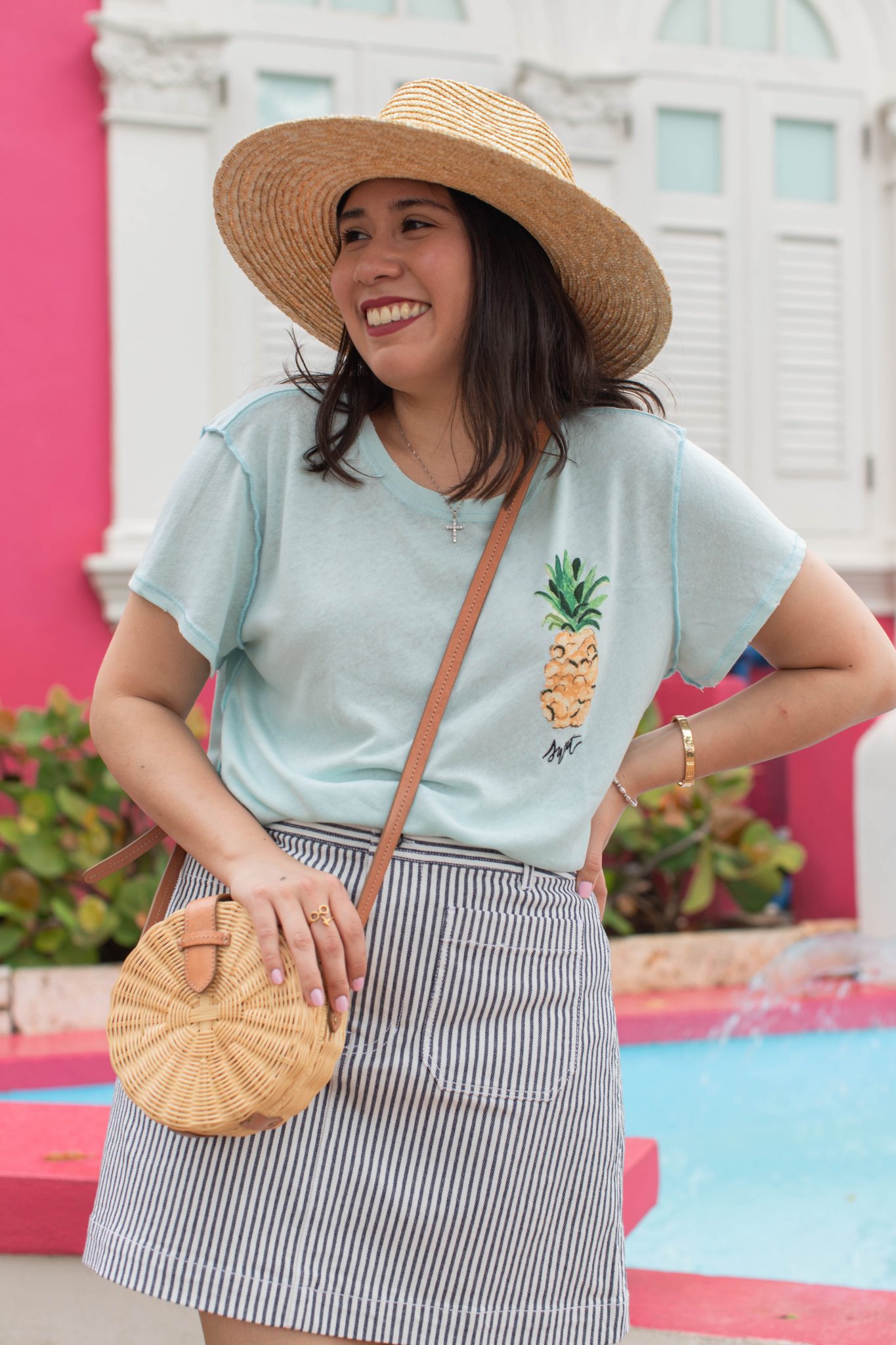 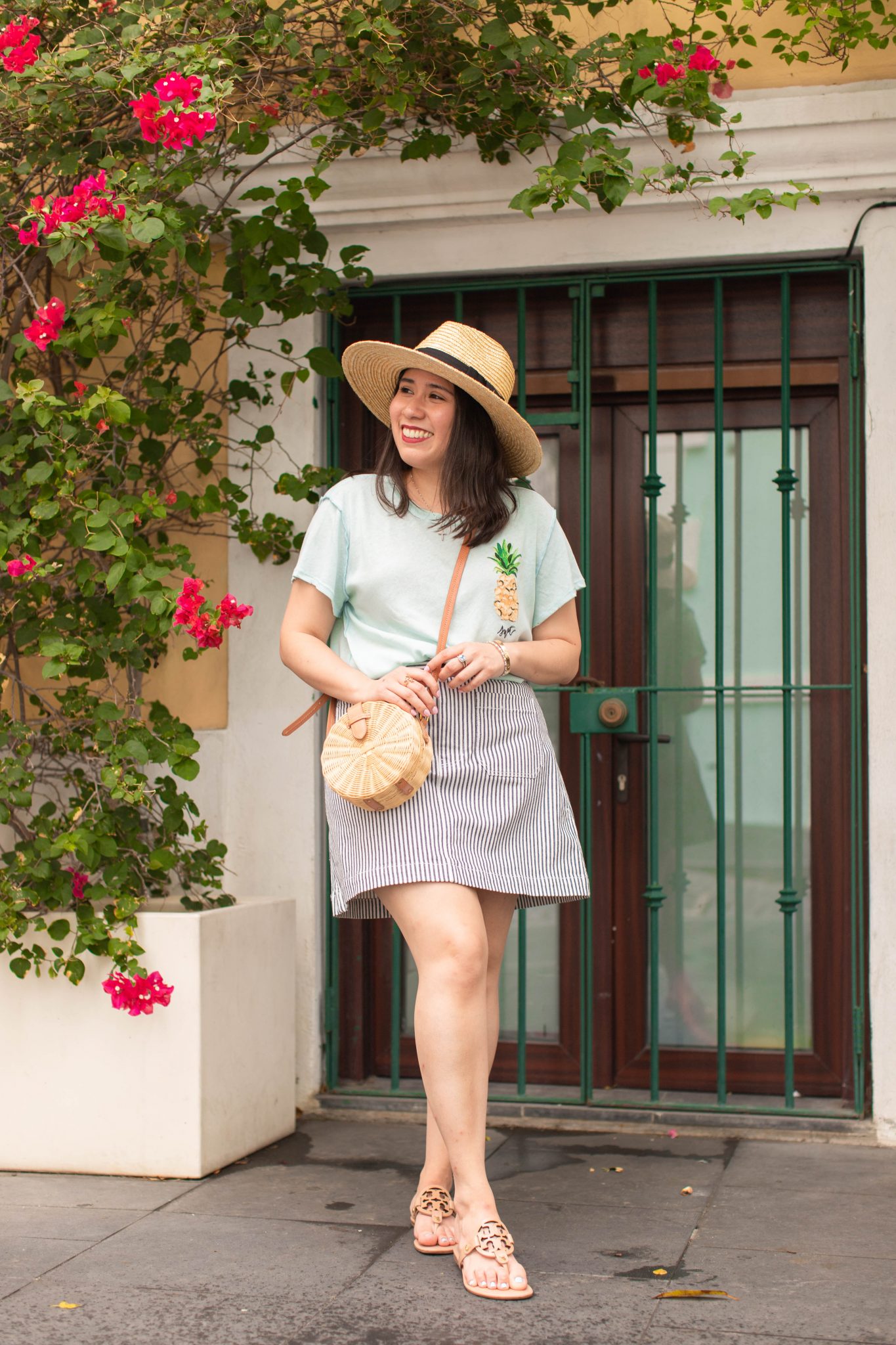 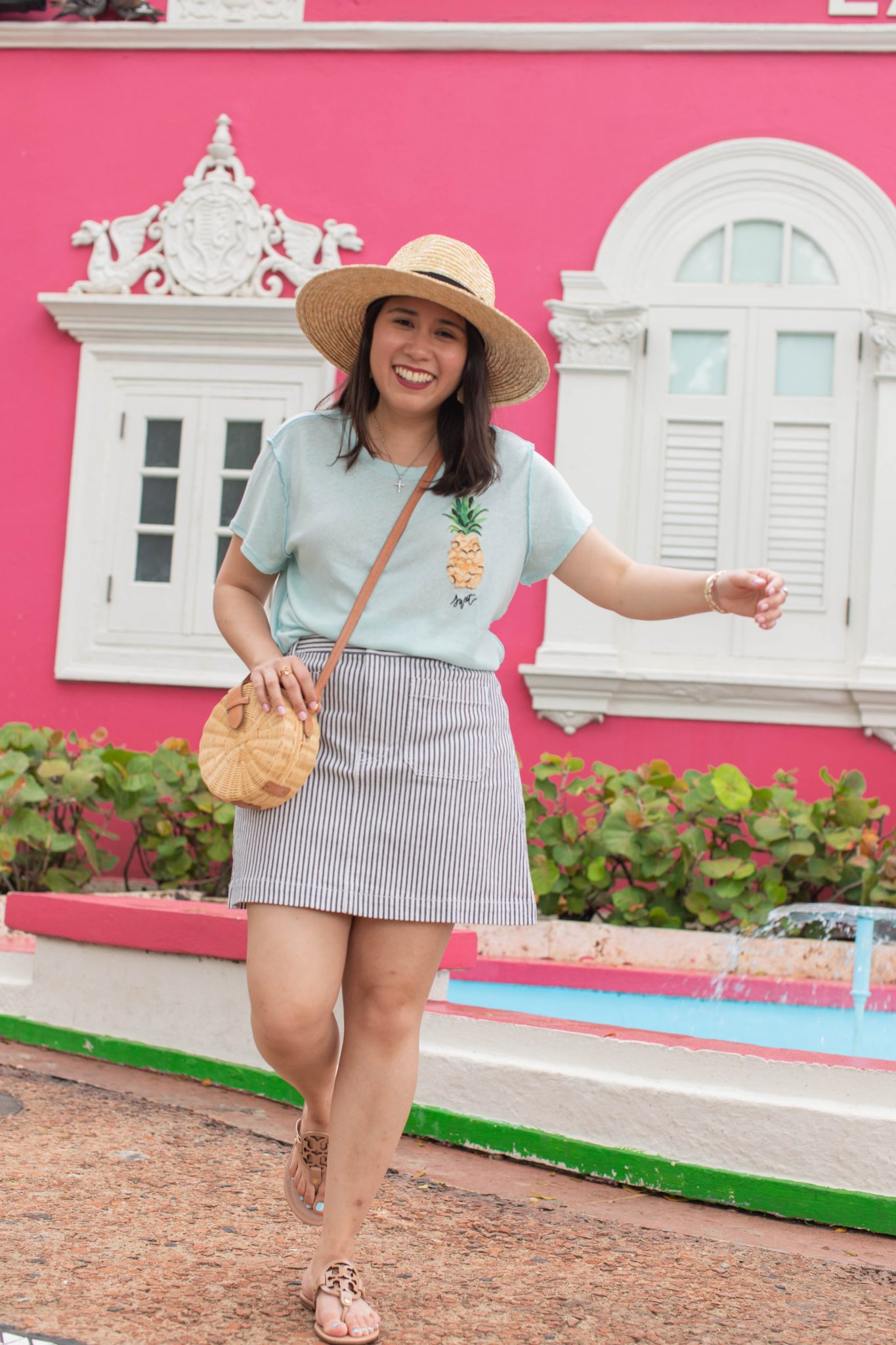 As a massive High School Musical fan and someone who is still hoping that Vanessa Hudgens & Zac Efron end up together, anytime I heard about a new HSM, I would roll my eyes. We don’t want a remake! The original is perfect! But, when I saw the trailer for this I was so intrigued and let me tell you, two episodes in, I can confidently say, whoever came up with this idea is a genius. The main point of the show is that the school where HSM was filmed has never put on a production of HSM so a new drama teacher plans to change that. I’m too much of a Disney lover to know if that sounds cheesy or not, but regardless it is perfection and you need to watch it now!!

I know that Thanksgiving is not here yet and technically the Holidays are not upon us yet, but honestly, this is already my favorite Christmas movie of the year. I’ve loved Anna Kendrick since Pitch Perfect and she is just as amazing in this movie. I’ve already watched it twice and it’s been out for all of one week. Basically, Anna Kendrick plays Noelle, Santa’s daughter and has to help her brother who is next in line to become Santa. When he gets stressed, she suggests he takes a little break and when he goes missing right before Christmas, everyone blames her and she has to set off to the real world to find him. I’m not gonna admit that I cried during this movie, but I’m not not saying I didn’t cry!

I LOVE anytime Disney has shown a behind the scenes look. I’ve watched the behind the scenes on Disney weddings and when they decorate the park for the holidays and I just love seeing how everything comes together. So when I heard of The Imagineering Story, I was thrilled. And yet again, another Disney+ original that I cried during. The first episode documented how Disneyland started and really did a big feautre on Walt Disney. I especially loved hearing the story behind some of the most popular rides, like how they come up with the idea, the challenges they faced and how they are still active today. The second episode has shown the development of Disney World in Florida, the opening of Epcot and the first international park in Tokyo. If you’re a Disney fan, this show is a must see!! And I just found out that Walt Disney was a Sagittarius and I’m also a Sagittarius so I may have fan girled a bit.

Lady And The Tramp

Let me preface this by saying, as an animal lover when I first started watching this I was VERY stressed. I don’t really remember the cartoon version so I didn’t really know what was coming, but whenever a sad part would come along I would be very stressed because I didn’t know if I could mentally handle it!! But, I loved this and it was so cute especially with all the dogs running around. I wanted to go out and adopt a whole shelter. I laughed, I cried and I would watch it again.

I mean, need I say anything more?! Who doesn’t love The Lizzie McGuire Movie?! This movie made me want to go to Rome, be mistaken for a famous popstar, almost fall in love with another popstar until I found out he had ulterior motives then finish off with an iconic performance at a video awards show where afterwards I realize I’m in love with my best friend. I can not wait until the new Lizzie McGuire show premieres, but until then this will do just fine.

If you follow me on Instagram then you know that Lilo & Stitch is one of my favorites, if not my favorite Disney movie and Stitch is my favorite character. I have a massive plush of him on my couch, my current blog notebook is a Stitch notebook and I have a Stitch post it note holder at work. It’s just such a good movie with a such a great message and I can truly watch it again and again and never get tired of it.

I really debated whether I wanted to include Frozen or Tangled on my top 10 list, both of which I have watched several times already, but since Frozen 2 is coming out this Friday, I decided to go with Frozen. Again, just another great Disney movie with a great message and a great soundtrack. It just makes me so happy.

One of my favorite movies and a movie I find so underrated! Also pretty much the only movie on this list that I can put on again and again and Eddie won’t roll his eyes and complain. I know I cry a lot, but I especially ugly cry at the end of this movie. The minute Little Wonders by Rob Thomas comes on, I start tearing up and when my favorite Walt Disney quote appears, I am sobbing. Fun fact, I love this Walt Disney quote so much that it was my Senior quote in my high school yearbook.

“Around here, however, we don’t look backwards for very long. We keep moving forward, opening up new doors and doing new things, because we’re curious… and curiosity keeps leading us down new paths.”

Stuck In The Suburbs

Such an underrated movie!! And plus Eddie doesn’t complain when I put it on so that’s a win for both of us. It’s just such a great, classic Dcom movie.

Another underrated movie! This was one of my favorite Dcom movies when it was released. I would play the soundtrack on repeat and even dance around my house to it. I feel like no one remembers this movie or has even seen it. When I first heard about Disney+ I remember telling Eddie that I hope they have this movie on there.

And there you have it, my top 10 picks for what to watch on Disney+. Honestly, narrowing this down really stressed me out, but these are just what I was most excited about.

Have you signed up for Disney+ yet? If not, the monthly subscription is $6.99 and the annual subscription is $69.99 which I opted for because I like when I can pay something off in one go. They also have a Hulu & ESPN bundle for $12.99 a month. I didn’t sign up for that since I already have a Hulu & Spotify bundle and I don’t really need ESPN.

But, let me know what you think about my list and what you are most excited to watch! Thank you so much for stopping by and reading!