Back again with another Friday Favorites!!

I don’t know if I mentioned last week but I’m a tad obsessed with shopping around Times Square. *Gasp* I know. Such a non New Yorker thing for me to say, but hear me out. A few weekends ago, my mom and I had to buy new luggage & pick up a few things for our trip to Vietnam. I had woken up surprisingly early, like 8:00 a.m. So I suggested, we get up and head to Times Square since it was super early AND I wanted to stop by the Disney store. And honestly, I had so much fun shopping with my mom that day. So one summer Friday, I dragged Eddie to Times Square again and while I was exhausted by the end of the day, I loved our little shopping adventure. We hit up Gap, the Disney store, the Hershey’s store and Levi’s. We had quite the tourist experience and while it was awfully crowded, the shops are THE best. Most retailers have their flagship store there and they put the best product out and keep the stores fully stocked because of the traffic, hence my new addiction to the biggest tourist trap.

I was so excited about the Levi’s store for two reasons. One, they had the Helly Kitty collab fanny pack that sold out instantly online. And two, they have a customization bar there so you can add patches and special details to your purchases, but most importantly to me, you can also tailor your pieces. I’ve been wanting to try the wedgie straight jeans for a while now, but I just knew it would be too long and I didn’t want to order it online. I fell in love with them when I tried them on, not to mention their dressing room is amazing. The tailoring process was such an enjoyable experience and I’m so happy they now fit me length wise. I picked up this pair that I’m wearing along with a true black one that I love. 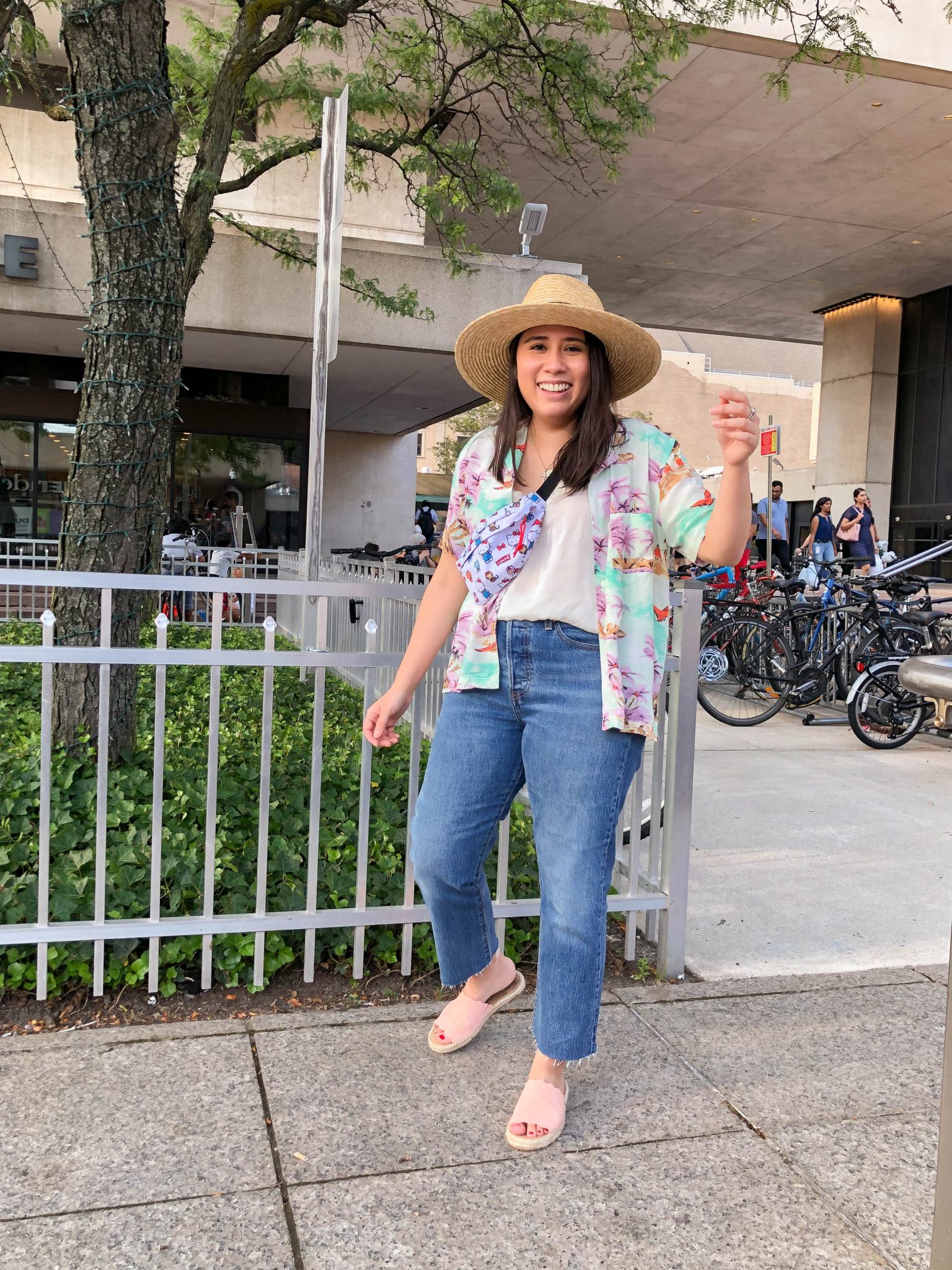 It’s no secret than in the last few years travel has become so important to me. But, I just hated how airlines make you jump through hoops just to be treated like a normal human being. I was always in the last boarding class, had to pay extra for decent seats and basically had no travel perks. Or at least none that I didn’t have to pay for. So I decided to invest in a travel card to help me earn miles.

I currently have a credit card with Citibank where I can earn ThankYou points and use them towards gift cards. But I just decided that travel benefits are more important for me currently. So I applied for the United Club Card. I will say, the application process was SO ANNOYING. I won’t get into too many details. But most of the time I wanted to pull my hair out.  However, my card finally arrived yesterday and I’m so happy. This specific one does cost a pretty penny. But for what I wanted, the benefits outweighed the cost. So I’m excited to experience travel as a United Club Card holder! I’ll report back on whether or not I think it’s worth it! 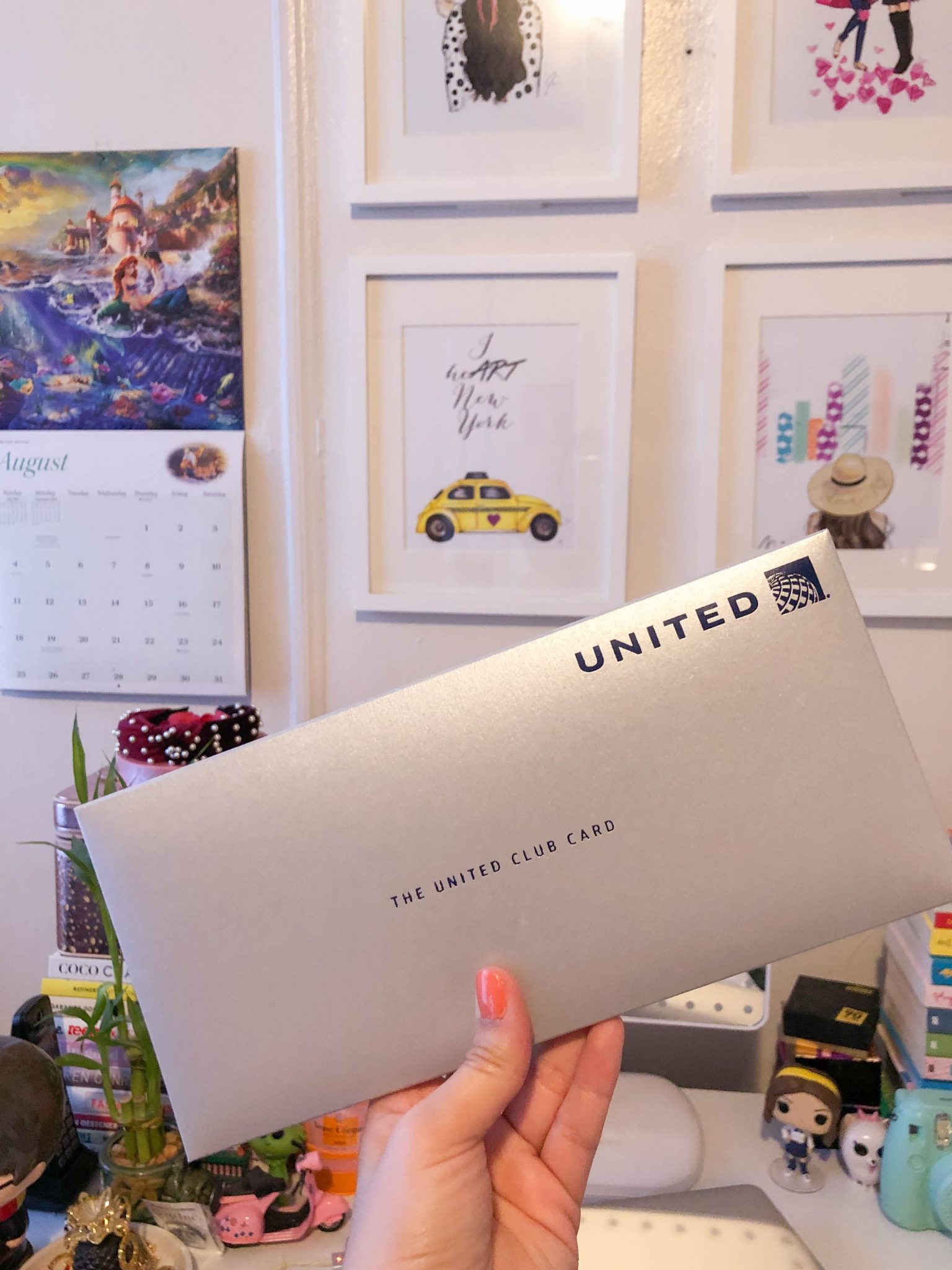 I feel like I haven’t said this on my blog yet, but my current job is in merchandising at Gap! Every few weeks our visual team will set up how the store is supposed to look for a specific floor set and as merchants. It’s our responsibility to validate that the correct product is out and displayed on the floor. Our current space is in Industry City in Brooklyn. So earlier this week, I had to trek over to Brooklyn to do just that. The area itself is really cool and while it’s kind of out of the way, it’s a really nice area to be in and work in.

They have a Japan Village in the lobby of the building and I always look at it, but it’s never been open when I went and this time it was so I popped in. It was so cool to see all of the vendors and see the unique items they had for sale. I was most excited by all the unique kit-kat flavors they had. They had more than the Japan airport! They were pretty pricy coming it around $9 a bag so I only picked up two. Strawberry cheesecake for me and rum raisin for my mom. They are so good and taste just like the real thing. I haven’t stopped eating them since I picked them up! 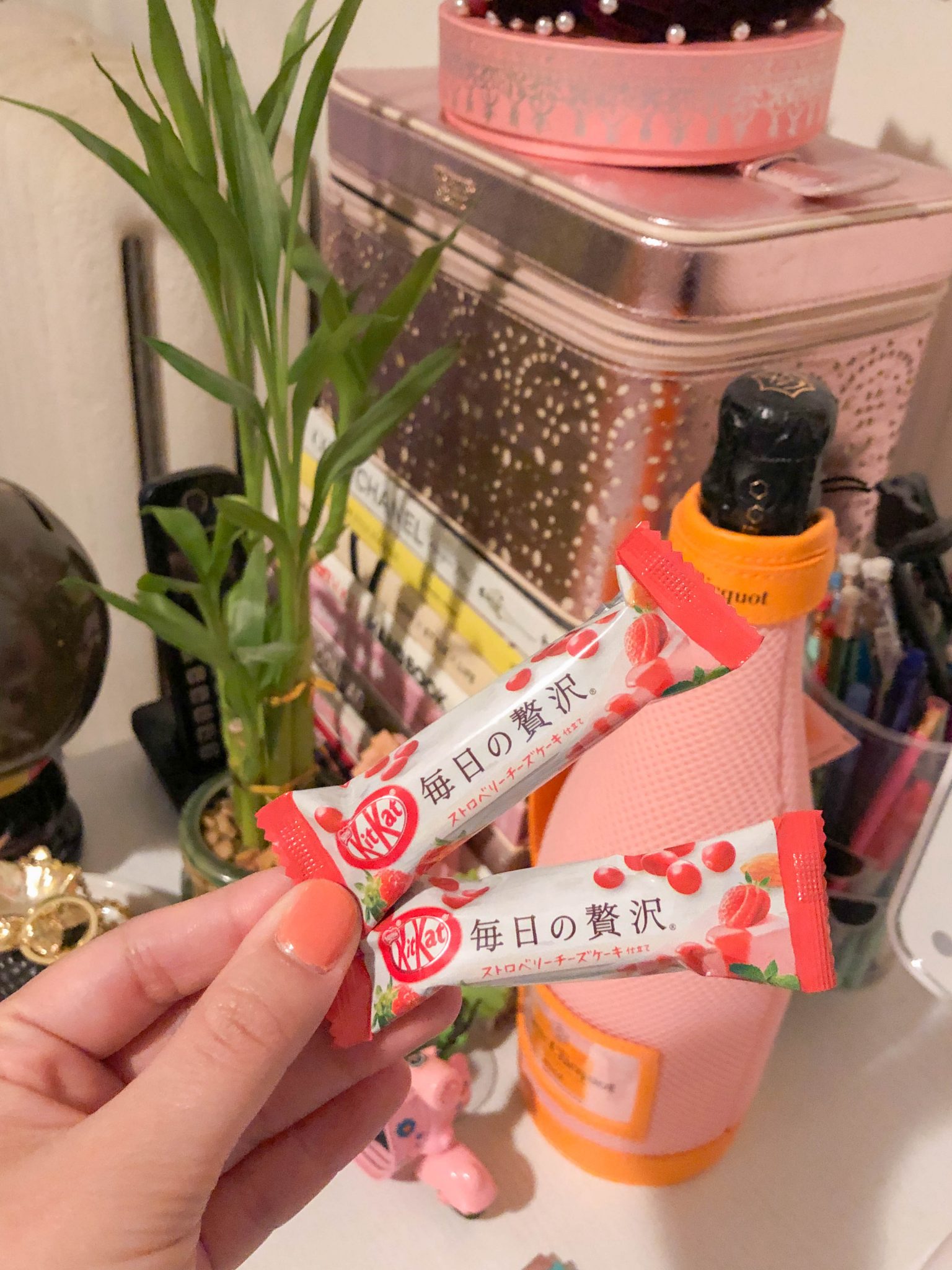 Some of you may recognize Liz from my Valentine’s post earlier this year. We worked together at Victoria’s Secret and became really good friends and stayed in touch after she left. Well, she’s now my boss! It’s been interesting navigating our new relationship as not only friends but as coworkers and her being my manager. It’s been trickier than I anticipated. But honestly, I’m so grateful for her support and her pushing me and challenging me outside of my comfort zone. I feel like in the past few months, I’ve grown so much professionally and personally and I really appreciate her because of that. And I just wanted to show a little appreciation and just say that she is one of my favorites for this week! 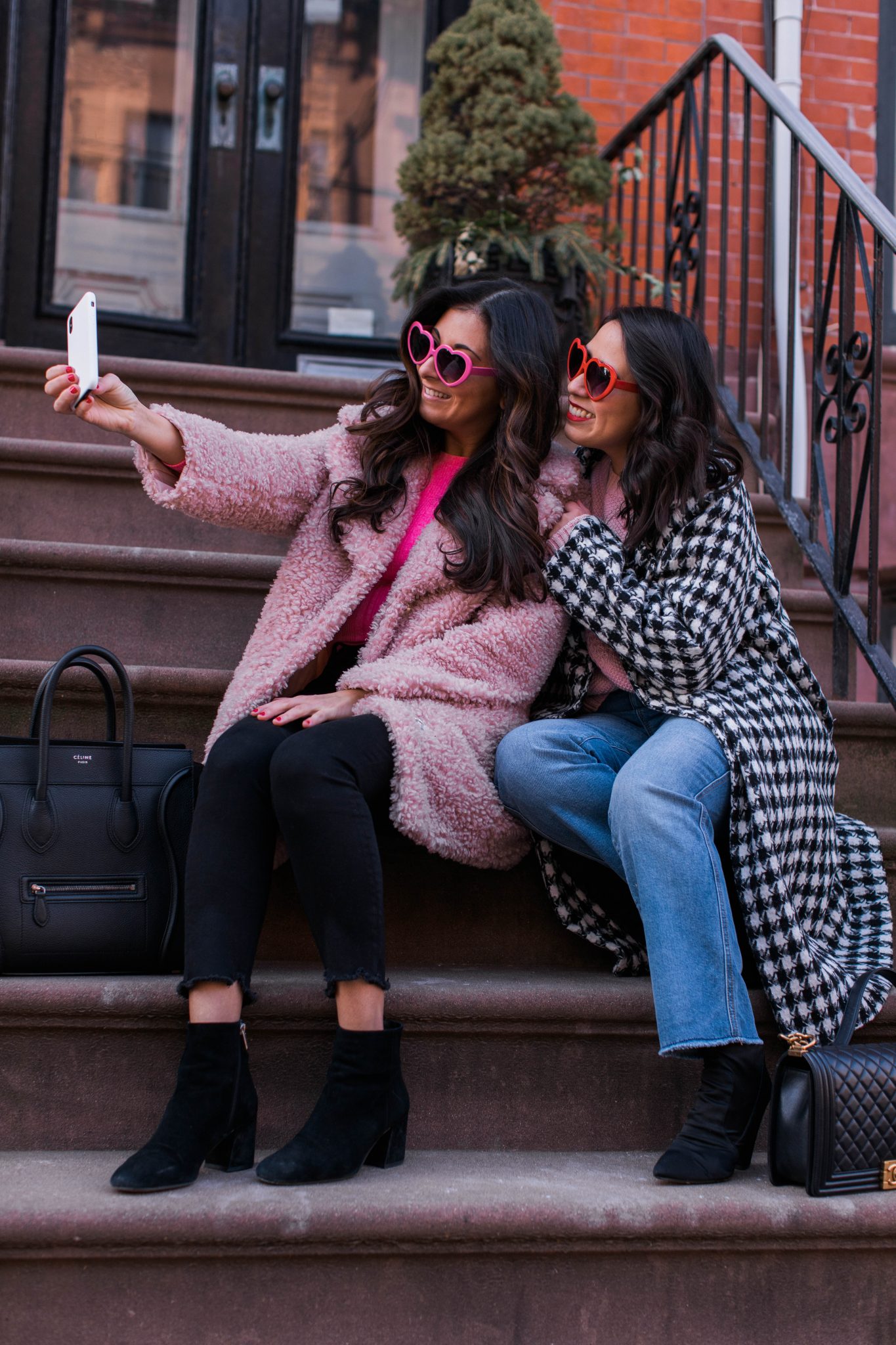 When I first got my airpods I was so careful with them. They were like a precious baby that I kept safe. But, as I’ve had them for a while now, they’ve gotten a bit dirty.  Probably because I keep dropping them like no tomorrow. And every time I dropped them, I just felt like it was worse than my phone. So I decided to pick up a case for them. I actually picked up the same ones that my friend Emma had with the pom-pom and all, but my pom-pom fell off so there’s that. These also weren’t my first pick, but the ones I wanted were so old out. I still love these though and they come in a ton of colors, but I may switch them out for something a little more fun and a little more me, like this one or this one. 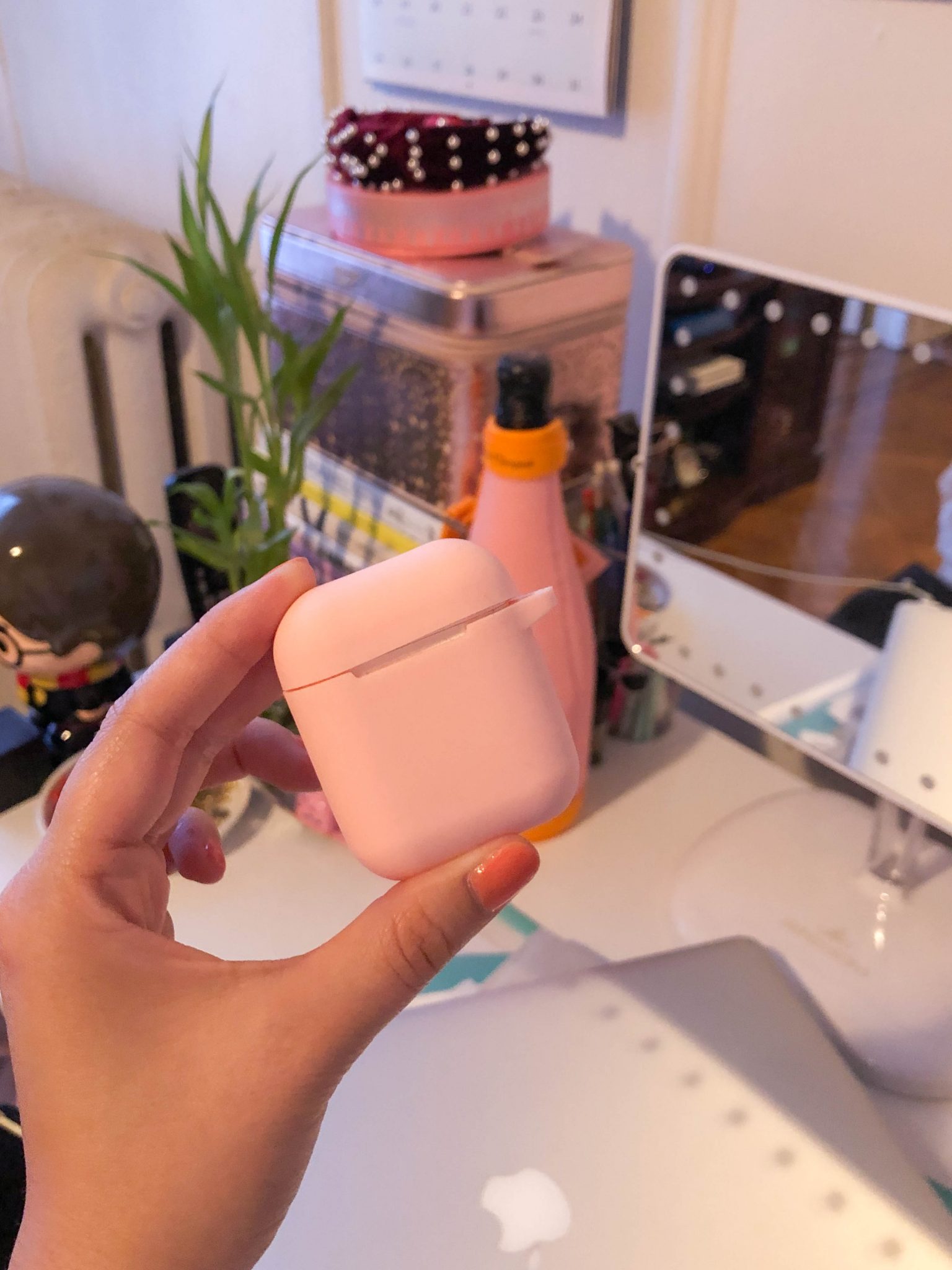 But, basically a few weeks ago, my super came by to say the apartment below us was having a leak. Which meant they had to do some repairs on our shower. It took a week and was just annoying. Mostly because my mom and I had to take turns rushing home to let them in.

Fast forward to this week and I get a call at work on Wednesday from the general management of the building. Apparently, there was another leak and they had to get in to fix it. She honestly made it sound like an emergency and was asking me 101 questions. So out of nowhere, I had to leave work and run home to solve this. By the time I got home, I was sweating because it was 100 degrees outside.  Plus, I was cranky, annoyed and a little stressed that I had to leave work.

When I called the super directly, he told me he was still at work and didn’t get off for another two hours! He wanted them to call me to make an appointment to stop by, not to come by now! I.Was.Mad.

Anyways they worked on it for 4 hours and by the time they left, the toilet wasn’t flushing. They told me to just give it the night because the pressure was low from being off. The next day, it still didn’t flush. And when I called them again, they basically told me that we would just have to flush 3 to 4 times; because there wasn’t anything they could do about it. Plus, if they fix it, we would have to pay even though we are only renters. Anyways, not to go on and on. But I’m fed up and annoyed and it’s been a nightmare to say the least!

I’ve been having a major leopard/cheetah print obsession. There are a few investment leopard pieces that I have been eyeing to add to my fall wardrobe.

Listening… Still listening to The Clearing. I got a little confused halfway through it, but it’s still so good. I also just downloaded Mob Queens, which sounds super interesting so I can’t wait to start it.

Reading… I finished Hidden Bodies by Caroline Kepnes and it was so good! I’m not an expert in the thriller genre and I heard some mixed reviews on the second book, but I personally loved it. I personally think it’s creepier than the first one in a different way and I like that there is more action.  I’m currently reading The Bride Test by Helen Hoang and LOVE it so far.  And since that’s the last of the new books I ordered, this is what I’m planning to pick up next: Love At First Like by Hannah Orenstein, The Good Luck Charm by Helena Hunting, 99 Percent Mine by Sally Thorne and Love In The Time Of Affluenza by Shunali Shroff.

Thank you so much for stopping by and reading! I hope you all have a wonderful weekend and I’ll see you on Monday!